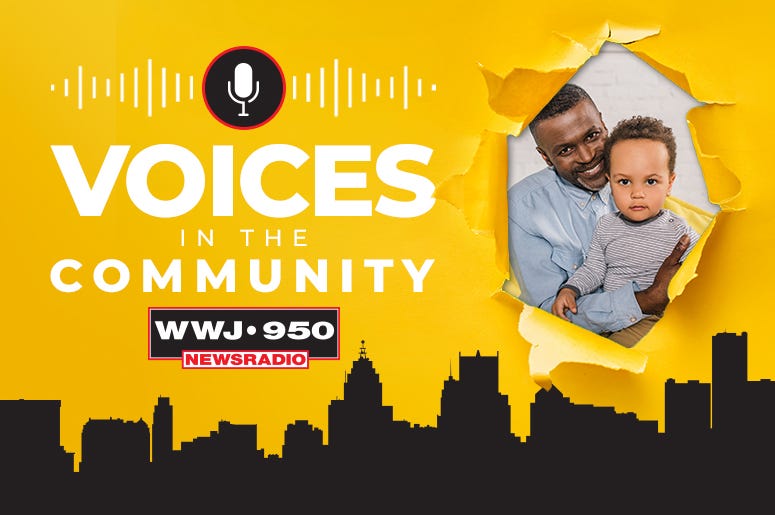 MANY ARE CALLED BUT FEW ARE CHOSEN: SUPER VOLUNTEER CLAUDIA ENRIQUEZ

Welcome to Voice’s in the Community, I’m Lloyd Jackson and today I’m speaking with Claudia Enriquez, a wife and mother who is involved with many organizations serving the southwest Detroit community. We’ll get into the organizations that she’s involved in and the issues she’s passionate about.

I kicked it off by getting to know Claudia a bit better with the lightening round of questions with Claudia giving me the first answer to comes to her. I started by asking her what was her first car… she remembered the color but not the make, then I asked dog or cat and she says she’s a dog person, next I asked if she had any hidden talents and Claudia said she could not think of any and when I asked her for her favorite Detroit food she said tacos.

Claudia moved to Southwest Detroit from Waterford 6 years ago and lives in the area of Michigan Ave and Junction.

When she moved to Southwest Detroit she says she started volunteering at the Detroit Hispanic Development Corporation because the organization knew a lot about Southwest Detroit where she had just moved and she wanted to learn more about the place where she lived. Plus her High school aged children went there as well because of their robotics program and to learn more about the area where they lived.

Claudia also worked with the Congress of Communities which I’ve spotlighted here on the Voices of the Community. Claudia says she was always involved in the children’s school and congress of Communities has workshops for parent leaders. She says her and other parents worked together to see what the schools in their community need and how they can be better.

And Claudia also worked with an organization called 482forward which she says works to improve the education of their kids in schools and she’s even gone to Lansing to lobby the Legislature that their kids deserve a  good education.

As a wife and mother, Claudia has to balance all of her volunteer work with taking care of  a family. But she says luckily her children are older now and encourage her  to do the things she likes and her husband is a big supporter of her too and lets her know if there is something she needs to do to make the community better she should do it.

Claudia has a lot of issues she’s passionate about and one of them is immigration.  She’s working with a movement that works to help get immigrants drivers licenses.  Many immigrants need to drive to work or take their kids to school but are afraid because they have no license so they fight and help get those licenses for them.

Claudia is also big on education because she says when she lived in Waterford the school system there was very good  but when she moved to Detroit she found that the schools did not have a lot of things for the children and that why she works with so many organizations so she can help make the schools in Southwest Detroit better.

Claudia has been in Southwest Detroit for 6 years after moving from Waterford and she says she plans on staying in Detroit. She says Detroit is a beautiful city that needs some help to be even better. Claudia says as Detroit continues to grow she would like to see the streets and roads improved and the garbage and litter removed but she tells her community they can help in getting that done.

Claudia says people have the misconception that Detroit is dangerous, but she says since she’s lived in Detroit it’s been beautiful. There has not been anything bad that has happened to her or her family.

Claudia Enriquez, is a wife and mother and has worked with several organizations serving the southwest Detroit community and she is continuing to volunteer in her community to make it a better and safe place to live and raise her family.

I also want to let the listeners know that Claudia was one of 7 women honored during the Power of one Dedicated women virtual awards that took place last month. It was sponsored by the organization “Michigan Community Resources”.

You can find out more about the awards and the women that were  honored by going the Michigan Community Resources Facebook page or their website www.mi-community.org

If you know of a voice in the community that needs to be heard ..drop me an email at voicesofthecommunity@wwjnewsradio.com

I’m lloyd jackson and thanks for listening to Voices of the Community.