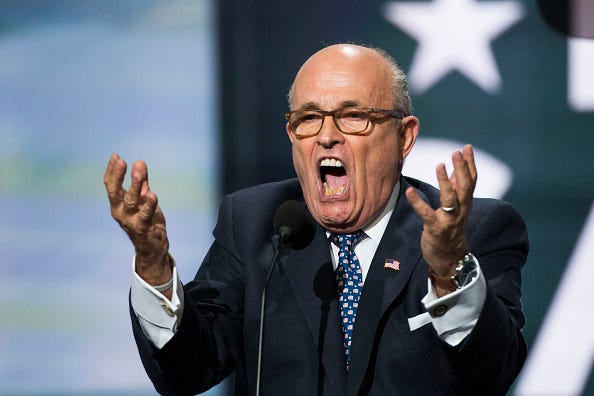 Claiming that "dead people and illegals" voted and saying "that's my answer," when members of the state Oversight Committee tried to ask a follow-up question, she became an internet sensation ... many would say, and for all the wrong reasons.

Her name is Melissa Carone and she claimed she worked as a contractor for Dominion Voting Systems, although as Daily Beast pointed out, she seemed to struggle when asked to describe her job. And then she stood by a claim that a group of 30,000 voters were counted multiple times, stymying legislators who tried to figure out the basis for what she was saying.

“What’d you guys do, take it and do something crazy to it?” Carone fired back.

Eventually, Giuliani leaned over and none too subtly "shushed" her. And then Twitter had its fun.

When even Rudy shushes you, you have really gone too far . . . https://t.co/DkxjiHCKy2

When Rudy shushes you might want to make different life choices

When her testimony came under fire, she had this to say, ""I have an affidavit! I am a mother, I have two children, I have two degrees. I don’t know any woman in the world that would write an affidavit under oath just to write it. You can go to prison for this!” 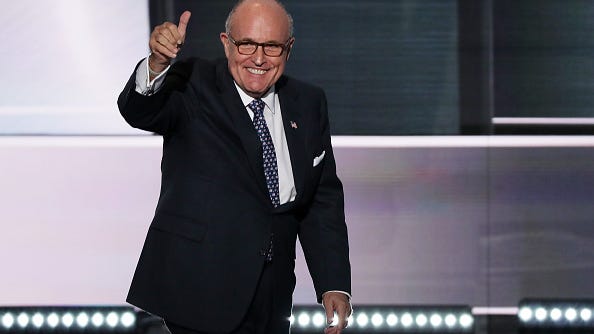 For his part, Giuliani refused to take an oath as did the other witnesses, something that didn't said well with state Rep. Darrin Camilleri, (D-Brownstown).

"This is not Four Seasons Landscaping, this is the Michigan State Legislature," Camilleri said, referencing what many considered a disaster of a presser that Giuliani held last month next to an adult bookstore.

The Michigan hearing ended after three hours of Giuliani-led testimony with his witnesses, and the head of the oversight committee said he couldn't see how anything would change. The ballots that gave Joe Biden a 150,000 vote victory in Michigan have been certified by the board of canvassers, lawsuits alleging fraud were tossed out of court for lack of evidence and Giuliani and crew have not submitted any evidence to the Michigan Attorney General to back up their allegations.