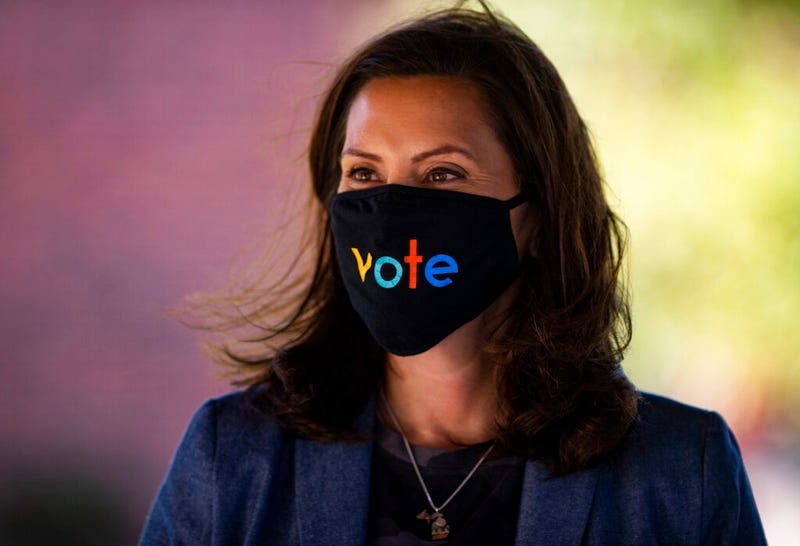 This bill codifies Whitmer’s earlier Executive Order which allowed public bodies to hold remote meetings for the duration of the pandemic, while still abiding by the Open Meetings Act. However, that order temporarily became obsolete when the Michigan Supreme Court ruled that she exceeded her emergency powers with her measures to try to slow the spread of the virus. In a 107-page ruling, 4 out of 7 justices said the Emergency Powers of the Governor Act of 1945 is in violation of the Michigan constitution because it purports to delegate to the executive branch, or the governor's office, the legislative powers of state government. 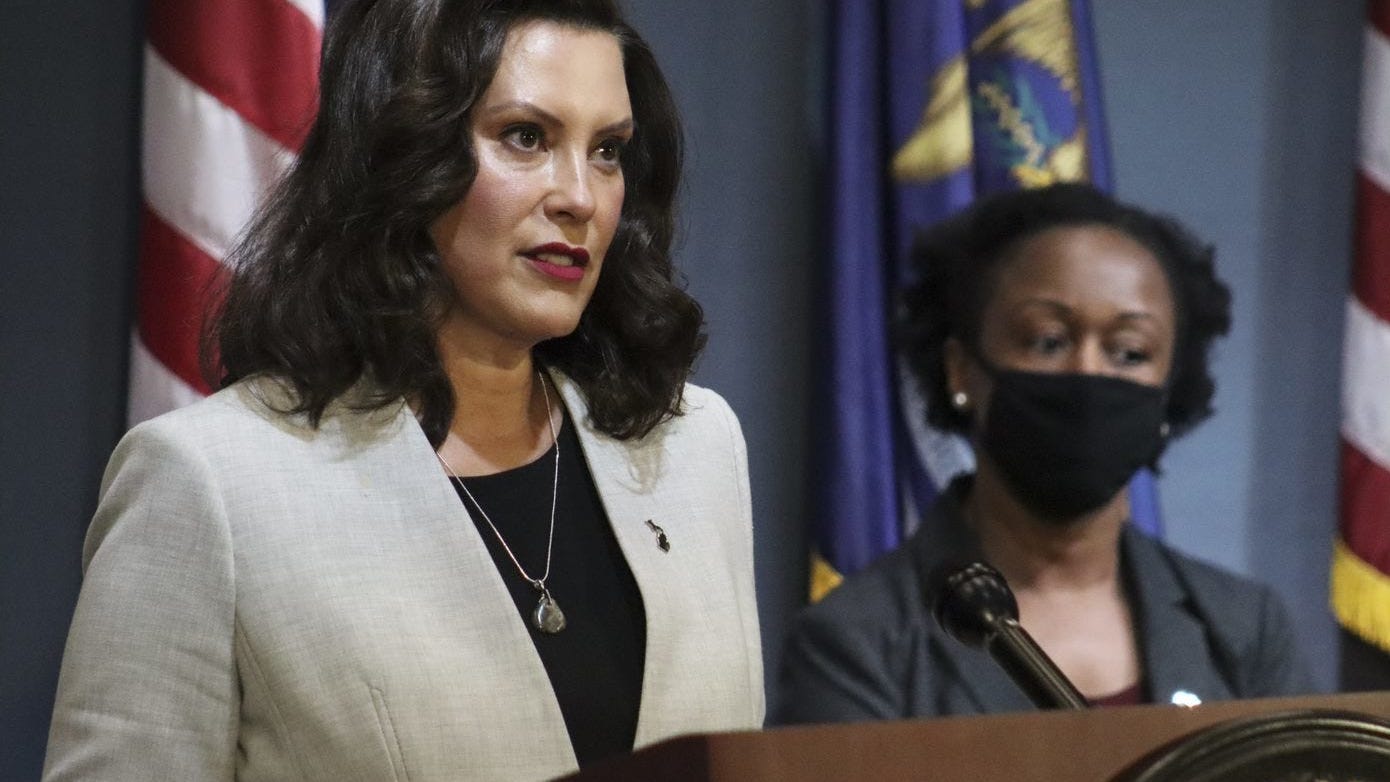 “By allowing for remote meetings, public bodies and residents can continue practicing safe social distancing while also ensuring meetings remain open, accessible and transparent to the public,” Whitmer said in a release. “Since the first positive case of COVID-19, I have been committed to protecting our seniors, small businesses, and first responders from the worst public health crisis in over a century. I am grateful that the Legislature has taken another step towards protecting Michiganders against the spread of COVID-19 by codifying my executive orders. As always, I remain ready to work alongside the Legislature to pass laws that help us defeat this virus together.”

House Bill 4288 sets standards and grant criteria for the Department of Technology, Management, and Budget (DTMB) when implementing the Broadband Expansion Act of Michigan Grant Program. The bill was sponsored by Representative Michele Hoitnega, R-Manton.

House Bill 4686 provides for the opportunity for individuals to remove their name from the Disassociated Persons List after 5 years under the Michigan Gaming Control and Revenue Act. The bill was sponsored by Representative Ryan Berman, R-West Bloomfield.

House Bill 5194 modifies the definitions of “automobile or light truck” and “heavy-duty truck” to increase the threshold from a rated 10,000 pound weight to a rated 14,000 pound weight under the Motor Vehicle Service and Repair Act. The bill was sponsored by Representative Greg Markkanen, R-Hancock.

House Bill 5267 designates the portion of Highway US-127 in Isabella County beginning at the exit to US-127 business route and extending north to the Pickard Road exit as the "Lance Corporal Justin Ellsworth Memorial Highway."  Lance Corporal Ellsworth was killed while on a dismounted combat patrol southeast of Fallujah Iraq, by an improvised explosive device. He was 20 years old. The bill was sponsored by Representative Ryan Berman, R-West Bloomfield.

Senate Bill 665 allows brewers who are not licensed as a micro brewer, and making between 60,000 and 120,000 barrels of beer to operate up to 3 tasting rooms, similar to a micro brewer.  The bill was sponsored by Senator Roger Victory, R-Hudsonville.

Senate Bill 852 repeals and replaces the Industrial Hemp Growers Act which requires the Michigan Department of Agriculture and Rural Development to establish, operate, and administer an industrial hemp program for the state. This is a technical fix required by the United States Department of Agriculture (USDA) for approval of Michigan’s state hemp plan. This fix codifies an exemption to the general prohibition against anyone with a state or federal felony conviction related to a controlled substance from producing industrial hemp for 10 years following the date of the conviction.  The bill was sponsored by Senator Dan Lauwers, R-Brockway.

Senate Bill 1080 extends the length of maturity of bonds and notes issued by a special assessment district under the Natural Resources and Environmental Protection Act, from 10 to 40, years after the date of issuance. The bill was sponsored by Senator Rick Outman, R-Six Lakes.

Senate Bill 1103 allows marijuana tax revenue to be deposited into the Michigan Transportation Fund (MTF) after other funds are earmarked and removed. The bill was sponsored by Senator Curtis Hertel, D-East Lansing.

Senate Bill 659 was vetoed by the governor. The bill would have imposed new administrative burdens on the Michigan Department of State without providing for a funding mechanism to support the new requirements. The bill was sponsored by Senator Peter MacGregor, R-Rockford. 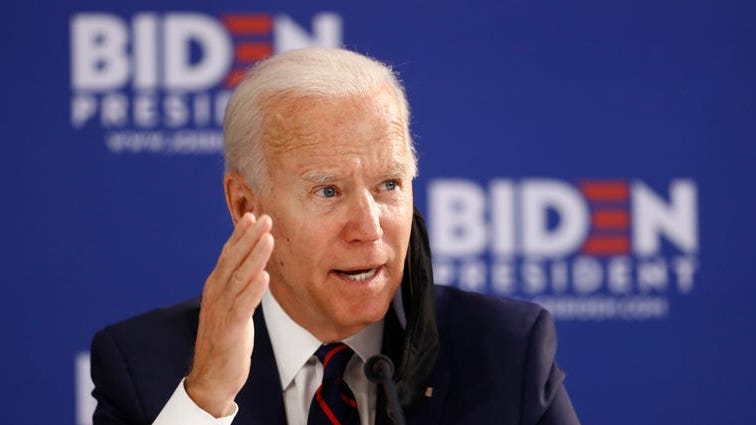 Biden: There is not a better governor in the United States of America than Gretchen Whitmer 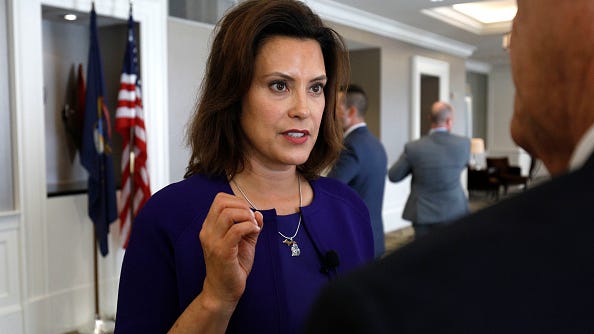