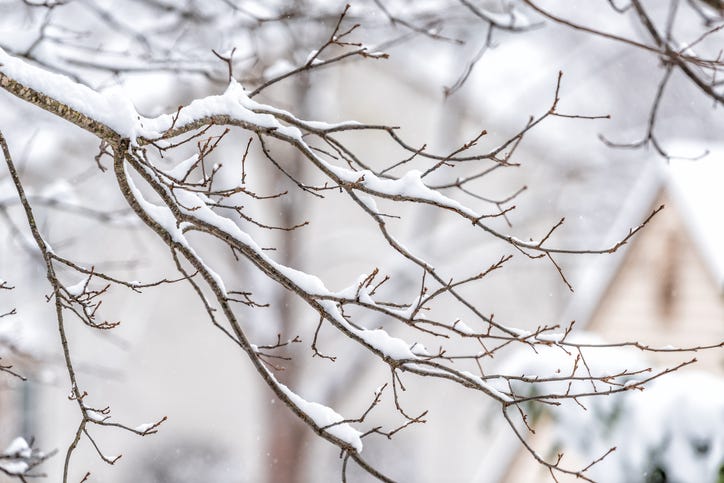 (WWJ) A winter storm has blanketed Southeast Michigan with between 1 and 3.5 inches of snow.

According to the National Weather Service, the most snow fell in Wyandotte which recorded 3.5 inches in the last 24 hours, while Garden City and Richmond each recorded 3 inches.

Areas that got the least amount of snow were to the west of Detroit, including the city of Farmington, which only recorded 1.2 inches.

A Winter Weather Advisory for the eastern half of Southeast Michigan, which was set to expire at noon on Tuesday was canceled a little early.

AccuWeather Meteorologist Dean DeVore says while a few more flakes will fall in metro Detroit on Tuesday, that's about it for this storm. This means snow totals will fall a bit short of predicted amounts in some areas.

"Here I think we may start to see some sunny breaks this afternoon, still some flurries, but it's gonna be cold and windy. The high getting up to 35; real-feels teens and 20s," DeVore said. "And then clearing in the uppers 20s tonight."

He added, "The good news is we kind of ease out of this drastic cold shot as we get back up in the low to mid-40s. And honestly it looks like from now 'til the weekend we're dry. It looks like all the storminess stays to the south and east of us."

DeVore said temps will hover in the low to mid-40s Wednesday through Friday, before a cold and mostly dry weekend in the 30s.

For the latest forecast, keep your radio tuned to 950 on the AM dial, or 97.1 HD 2 on FM for WWJ's traffic and weather on the 8s, 24 hours a day. To listen anywhere, anytime, download the Radio.com app.