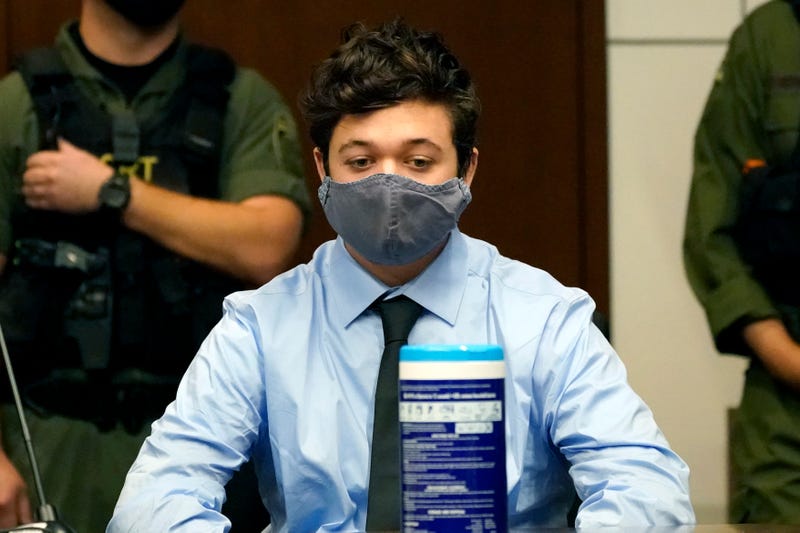 ANTIOCH, Illinois (AP) — A visibly upset 17-year-old accused of fatally shooting two demonstrators in Wisconsin told officers at his local police station in Illinois where to find an assault rifle he said he had used just two hours earlier to shoot several people, according to police records.

Kyle Rittenhouse cycled through a range of emotions, crying and vomiting several times, as he described to police what happened late on Aug. 25 after he traveled to Kenosha, ostensibly to protect businesses from protesters following the police shooting of Jacob Blake, a 29-year-old Black man, the Antioch Police Department records show.

“I shot two white kids,” Rittenhouse said, adding that he had “ended a man’s life.”

Rittenhouse walked into the Antioch Police Department with his mother shortly before 1:30 a.m. on Aug. 26, according to records the department released to The Milwaukee Journal Sentinel and Chicago Tribune on Friday.

He is accused in the killing of two protesters and the wounding of a third. Rittenhouse faces a misdemeanor charge of underage firearm possession in Wisconsin, in addition to first-degree intentional homicide, which carries a life prison sentence. He was extradited to Wisconsin on Friday.

Rittenhouse’s case has taken on a political edge, with some conservatives portraying him as a patriot who was exercising his right to bear arms during unrest. Others see him as a domestic terrorist who incited protesters by showing up wielding a rifle.

He started to cry after learning from family members about negative social media comments over the shootings, the records say. He said he was hit in the head and neck with a baseball bat and skateboard. Medics found small scratches on his arm, but no bruising or cuts.

Rittenhouse also told police that the firearm he used was in the trunk of his friend's car, parked at the Rittenhouse's family apartment in Antioch.

Police interviewed Rittenhouse's 18-year-old friend, who told them he bought the rifle at an Ace Hardware in Ladysmith, Wisconsin, using money Rittenhouse had given him. The friend said the rifle was only supposed to be used for hunting and that he stored it in a safe at his stepfather's house in Kenosha.

The stepfather told police that his stepson told him he had found himself a job guarding a business. Rittenhouse also told police that he had been hired as security for a Kenosha business and that he carried the rifle to protect himself. The owner of the business, Car Source, has told the Milwaukee Journal Sentinel that he did not hire any security.

Rittenhouse's lawyers have argued he was acting in self-defense. Rittenhouse told police that he had been chased by a man whom he had tried to stop hitting windows.

The teenager had tried to surrender to a Kenosha police officer after the shooting but was told to go home, according to the records.

The Kenosha Police Department has said it was dealing with a chaotic scene when asked why Rittenhouse was not arrested immediately after the shooting. The police department did not immediately respond to a request for comment on the records indicating Rittenhouse was told by an officer to go home.

Rittenhouse's friend was worried he would be in more trouble than Rittenhouse. According to the police records, the friend claimed Rittenhouse was defending himself, though he did not witness the shooting. The friend has not been criminally charged in either state.

He recalled telling Rittenhouse: “In all reality, you are not supposed to have that gun."