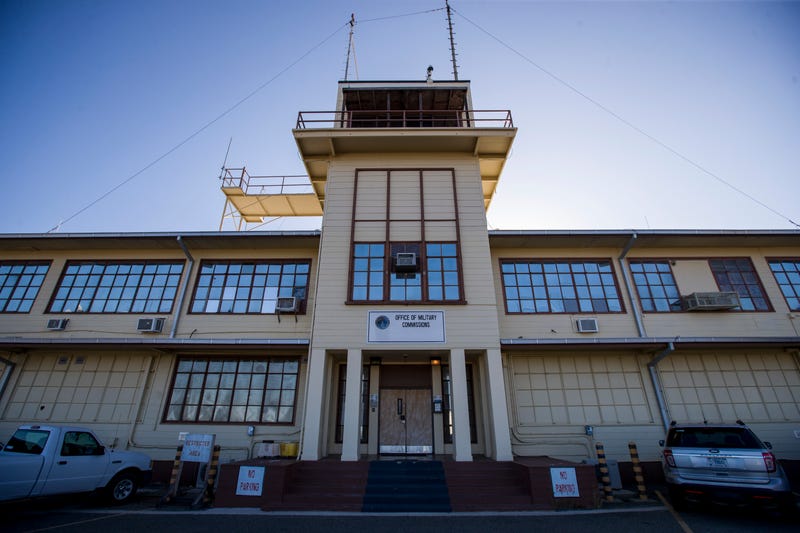 WASHINGTON (AP) — After an unexplained delay, the Pentagon announced plans Thursday to move ahead with a military trial for three men held at the U.S. base at Guantanamo Bay, Cuba, who are suspected of involvement in deadly bombings in Indonesia in 2002 and 2003.

A senior military legal official approved non-capital charges that include conspiracy, murder and terrorism for the three men, who have been in U.S. custody for 17 years for their alleged roles in the deadly bombing of Bali nightclubs in 2002 and a year later of a J.W. Marriott Hotel in Jakarta.

The timing of the charges, which had been submitted under President Donald Trump but not finalized, caught attorneys for the men by surprise and would seem to be in conflict with President Joe Biden's intention to close the detention center.

Gen. Lloyd Austin, Biden's nominee to be secretary of defense, this week reaffirmed the intention to close Guantanamo to the Senate committee considering his nomination.

"The timing here is obvious, one day after the inauguration,” said Marine Corps Maj. James Valentine, the appointed military attorney for the most prominent of the three. “This was done in a state of panic before the new administration could get settled.”

A spokesman for the military commissions, which have been bogged down for years over legal challenges largely centered around the brutal treatment of men during their previous confinement in CIA detention facilities, had no immediate comment.

Military prosecutors filed charges against Encep Nurjaman, an Indonesian known as Hambali, and the other two men in June 2017. The case was rejected by the Pentagon legal official known as a convening authority for reasons that aren't publicly known.

“The case fell apart on them. I cannot tell you why because that’s classified,” said Valentine, part of the legal team for Hambali.

Now that the convening authority has approved charges, the U.S. must arraign the prisoners before the military commission at the base in Cuba. Court proceedings at Guantanamo have been halted by the pandemic and it's not clear when they will resume.

Hambali is alleged to have been the leader of Jemaah Islamiyah, a Southeast Asian affiliate of al-Qaida. The Pentagon said in a brief statement on the case that he is accused with Mohammed Nazir Bin Lep and Mohammed Farik Bin Amin, who are from Malaysia, of planning and aiding the attacks.

All three were captured in Thailand in 2003 and held in CIA custody before they were taken to Guantanamo three years later.

The October 2002 bombings on the tourist island of Bali killed 202 people, mostly foreign tourists, including 88 Australians. A cleric who inspired it, along with other attacks, was released from an Indonesian prison earlier this month after completing his sentence for funding the training of Islamic militants.

In December, Indonesian police arrested a man believed to be the military leader of Jemaah Islamiyah network.

The most prominent Guantanamo case, involving five men charged in the Sept. 11, 2001, terrorist attacks, has been stuck in the pre-trial phase since their arraignment in May 2012. No date for the death penalty trial has been set.

The U.S. holds 40 men at Guantanamo. President Barack Obama sought to close the detention center, move the prisoners to facilities inside the United States and transfer military trials to civilian court.

Obama reduced the prisoner population but his effort to close Guantanamo was blocked by Congress, which prohibited transferring anyone from the base to the U.S. for any reason.

Biden has said he favors closing the detention center but has not yet disclosed his plans for the facility. In written testimony to the Senate, Austin said he would work with others in the administration to develop a “path forward” to closure.

“I believe it is time for the detention facility at Guantanamo to close its doors," he said.

news
CDC to announce guidelines for those who are fully vaccinated as early as this week
sports
Shannon Sharpe doesn't like Mike Tomlin pointing fingers at others after Eric Bieniemy gets shut out
sports
Dan Campbell predicts Duce Staley will be a head coach in future
news
All known variants of COVID-19 have been discovered in Houston
sports
Dodgers' Mookie Betts favored to win 2021 NL MVP
sports
NBA player props: 3 best bets for Tuesday, March 2