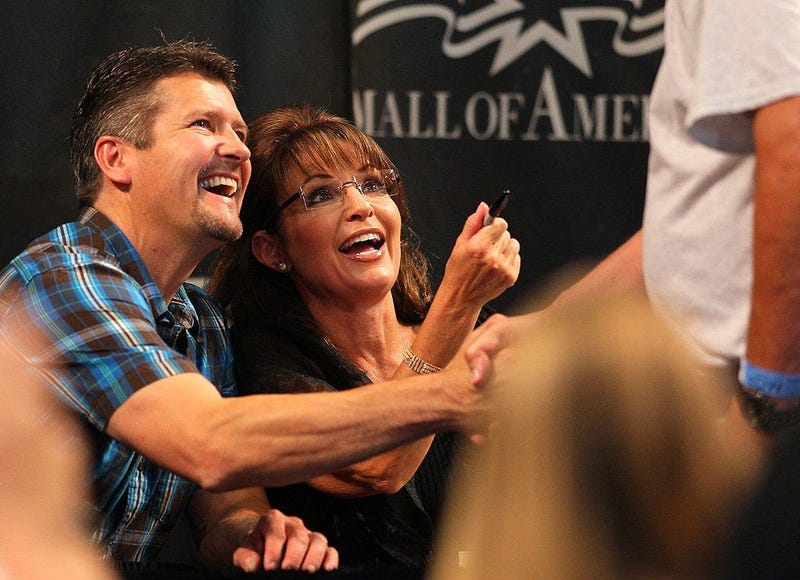 (KNX 1070) -- According to the Anchorage Daily News, Todd Palin has filed for divorce from his wife, the former Governor of Alaska, Sarah Palin.

Palin, 55, the one-time vice-presidential candidate, has been married to husband Todd, 55, for 31 years.

The court filing cites, "incompatibility of temperament between the parties such that they find it impossible to live together as husband and wife," as the reason for the dissolution, and there is a request for joint legal custody of Trig Palin.

The family came into the national eye in 2008, when Sarah Palin ran as Republican nominee John McCain's running mate.

The news of the story was broken by blogger Craig Medred.

music
We're obsessed with Post Malone's Hootie & The Blowfish cover, and there's nothing you can do
music
Carly Pearce admits 'I felt like I failed' after Michael Ray divorce
music
MTV is finally bringing back 'Yo! MTV Raps' and 'Unplugged' for new streaming service
music
Jeep welcomes back Bruce Springsteen after DWI charges dropped
sports
NBA player props: 3 best bets for Thursday, February 25
sports
Complete NBA national TV schedule for second half of the 2020-21 season