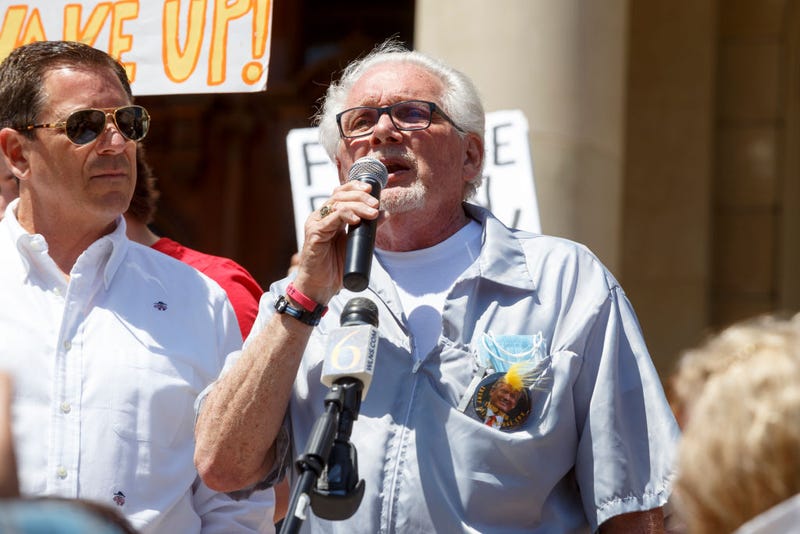 LANSING, MI - MAY 20: Owosso barber, Karl Manke, gives a speech before cutting hair for free on the steps of the state Capitol during Operation Haircut on May 20, 2020 in Lansing, Michigan. Photo credit Elaine Cromie/Getty Images
By The Associated Press

OWOSSO, Mich. — A lawyer says misdemeanor charges are being dropped against a Michigan barber who defied Gov. Gretchen Whitmer and reopened his shop last spring during the coronavirus pandemic.

David Kallman said Monday that the case against Karl Manke of Owosso fizzled after the Michigan Supreme Court on Oct. 2 said Whitmer used an unconstitutional law as the foundation for emergency orders to control the virus.

Barbershops and salons were closed for months until June 15. But Manke, 77, reopened in early May, declaring that “government is not my mother.”

He inspired people from all over Michigan to drive to his shop for a haircut. Manke cut hair on the grounds of the state Capitol during a protest in May.

Kallman said state regulators still are trying to revoke his barber license. A hearing is set for Nov. 19.