Any notion Lions owner Sheila Ford Hamp somehow gets it should be nipped in the bud.

If she did, considering the influence she clearly carries with her mother, general manager Bob Quinn and head coach Matt Patricia would have been out after last season.

The Lions would have drafted either Tua Tagovailoa or Justin Herbert third overall last spring, Matthew Stafford would be in the midst of his final season as Lions quarterback and the franchise would be ahead of the game.

Instead the Lions have fallen another year behind.

All Ford Hamp, who replaced her mother as primary owner during the offseason, did Saturday by firing the not-so-dynamic duo was, the obvious.

“It clearly wasn’t working,” she said. “It wasn’t what we were looking for when we hired them.”

It’s difficult to read much between the lines from Ford Hamp’s virtual news conference Saturday. She was, understandably, guarded with her answers, but at least she took questions from reporters, which her mother and late father, in his later years, were hesitant to do.

But she better have an idea by now where she wants to go with the process, or her results will be similar to those of her parents. 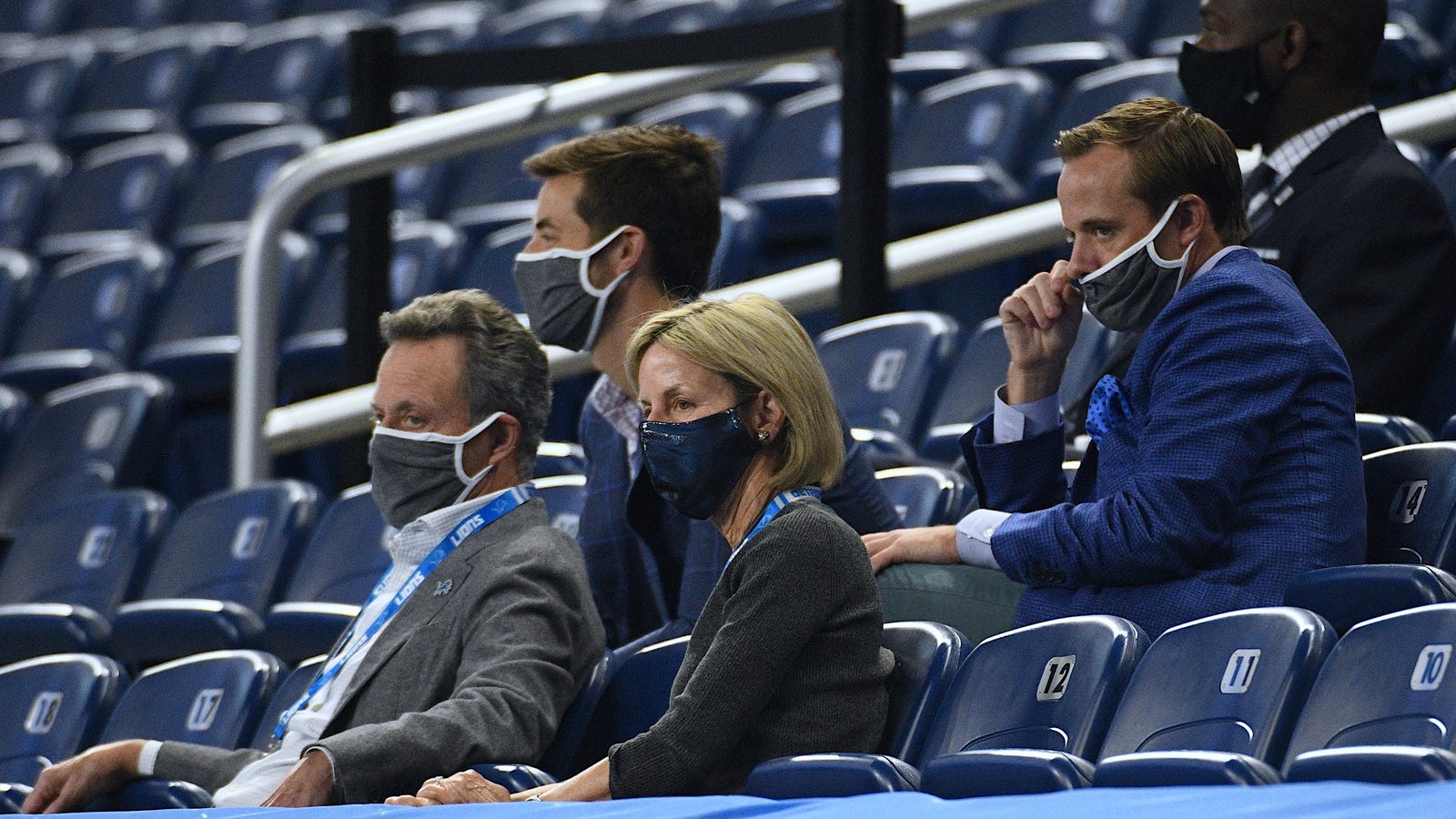 With the Lions, it’s all about Stafford. The franchise has spent a dozen years bending over backward for him. He has been among the most highly-compensated athletes in the world in a salary-cap league. Two general managers, Martin Mayhew and Quinn, have lost their jobs to a large degree because they concentrated too much on getting Stafford so-called weapons and offensive linemen while neglecting defense.

It’s netted no playoff wins, a lot more losses than than victories overall and a string of inexplicable collapses by Stafford at the worst possible times, including mostly subpar, mistake-prone play this season after he allegedly played at an MVP level before injuries in 2019.

Ford Hamp praised Stafford for being “talented” and “tough” Saturday, but said his future depends on the coach.

This is about the draft. Stafford isn’t a franchise QB in the vein of Aaron Rodgers, Patrick Mahomes, Tom Brady, Drew Brees and Ben Roethlisberger. He is much closer to Andy Dalton, Kirk Cousins and Alex Smith than this town has ever wanted to admit.

Even his statistics, when you eliminate volume yards because of so many passing attempts, suggest so.

Yet, moving on from Stafford is not as simple as a coach’s decision. It’s an organizational matter directed, actually, from the top.

It should be issue No. 1 when Ford Hamp interviews candidates for general manager and coach.

If Ford Hamp, deep down, wants Stafford to remain QB, she shouldn’t saddle the new general manager and coach with the suggestion it’s up to them -- if it really isn’t. And she should state so publicly.

The better option, of course, would be to keep an open mind, take emotion out of the equation and think analytically about the situation.

Because we all know Stafford is talented and tough. That’s never been an issue. But for some reason, he lacks the extra gear needed to get the Lions over the top.

His presence at this point only guarantees the Lions won’t lose quite enough to get a shot at a QB in the top five picks of the draft. When Ford Hamp shows the courage to move on from Stafford, then you can say she gets it.

As is, she was merely late to the party determining the fate of Quinn and Patricia.