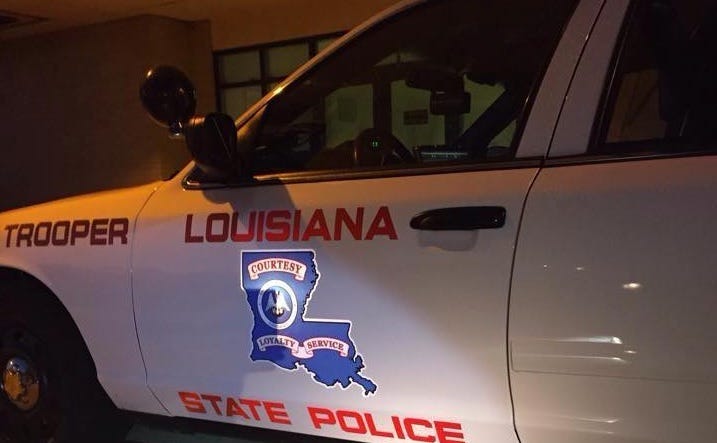 A four-car pileup on I-12 in Slidell killed two people, seriously injured two others, and led Louisiana State Police to arrest one man.

"On Friday, January 17, 2020 shortly before 10:00 PM, Troopers from Louisiana State Police Troop L responded to a fatal crash involving several vehicles on Interstate 12 westbound near US 11 in St. Tammany Parish," according to a news release from Louisiana State Police spokesman Trooper David Levy. "The crash has claimed the life of 77-year-old Grace Barthel of Mandeville and 55-year-old Ronald Destgermain of Mandeville."

According to State Police, 35-year-old Nicholas Romain was headed west  on the interstate when for reasons yet determined, he came to a stop in the left lane, unresponsive in the driver's seat.

"This resulted in a four vehicle rear-end crash involving a Toyota Tacoma, a Honda Accord driven by Barthel, and an Audi A6. Barthel along with her passenger, Destgermain, sustained fatal injuries and were pronounced deceased on the scene," according to Levy. "The driver along with a passenger of the A6 received serious injuries and were transported to an area hospital. Romain and the driver of the Tacoma were not injured."

Troopers suspect impairment on the part of Romain. Authorities obtained a blood sample from him, Barthel, and the driver of the Audi for analysis. Troopers say the driver of the Toyota submitted to a breathalyzer test, which showed no indication of alcohol intoxication.

Troopers booked Romain on charges including vehicular homicide, obstruction of a highway, possession of stolen property, and possession a controlled dangerous substance.