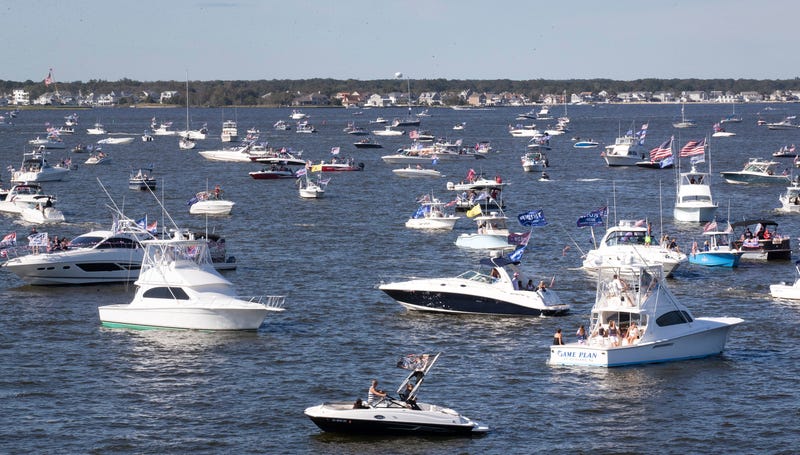 A boat parade to show support for President Trump, ends with five boats sank over the Labor Day weekend.

It happened around noon Saturday on Lake Travis, west of Austin Texas.

The sheriff’s report says five boats ultimately sunk. Three boats were towed out and two remained submerged as on Monday.

The report says conditions on the lake were calm however; the large number of boats moving together in tight formation created a large wake, which swamped the boats. No one was injured.