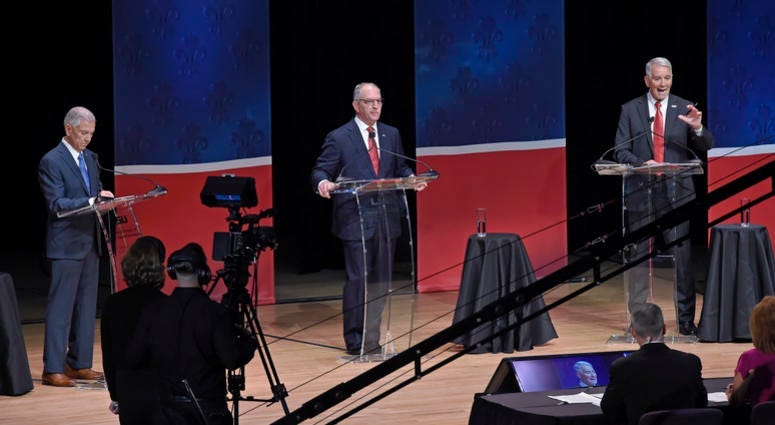 Congressman Ralph Abraham, who is currently in third place in the gubernatorial polls, introduces a resolution calling for the expulsion of Speaker Nancy Pelosi from the House of Representatives and for the Speaker’s Office to be vacated.  Political analyst Clancy DuBos says it appears to be an 11th hour effort to drum up support going into the gubernatorial primary election.

“Well it’s three days before the election, he’s now running third in the polls, and President Trump is coming to town on Friday.  I think anyone can connect those dots,” said DuBos.

As the final candidate's debate is being held tonight in Shreveport, DuBos says, "I think what's going to happen is two Republicans need to focus all of their attacks on John Bel Edwards.  If they attack each other, that's going to help the Governor."

A statement, Abraham says Nancy Pelosi’s "vicious crusade against our lawfully-elected president President is nothing more than a politically-motivated witch hunt and it must be stopped."  DuBos says the resolution will not materialize into any sort of action.

“Clearly this resolution has zero chance of passing.  It won’t even get out of committee, so it sure looks like a publicity stunt,” said DuBos.

DuBos expects Abraham to make a further attempt to rally in tonight’s debate in Shreveport, which is closer to his district.

“His district is northeast Louisiana extending down the river to the northern Florida parishes.  Interestingly, the polls have all shown the incumbent John Bel Edwards leading in north Louisiana,” said DuBos.

Meanwhile, DuBos says the Governor is going to have to go on the offensive tonight if he's going to head off a run off against Rispone or Abraham.

"And, the Governor needs to defend himself against attacks.  Especially the attacks that have come in the last week involving Johnny Anderson his former aide and claims of sexual harassment."