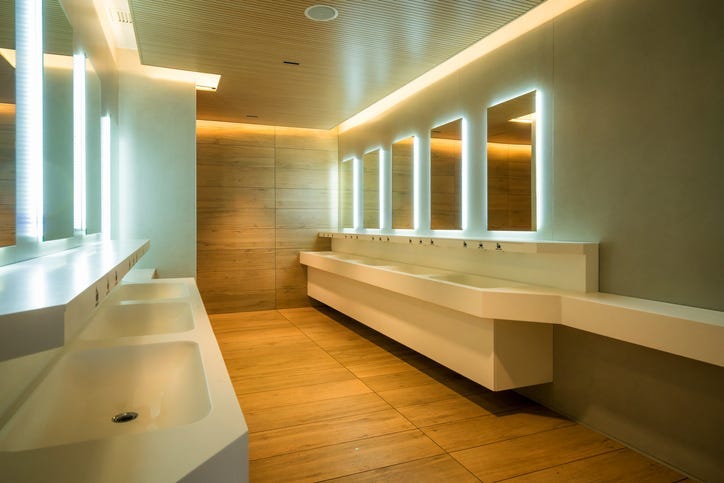 That's what happened on Thursday when the Aviation Board cancelled the contract with janitorial services provider ETI, Inc.

According to the Times-Picayune/New Orleans Advocate, Mayor LaToya Cantrell got the jump on the Aviation Board, issuing a statement saying the City was going in a new direction and ending its contract with ETI,Inc.

In her statement Cantrell cited a lack of routine maintenance on behalf of ETI as a reason for dropping them.

Reportedly many airport officials were unhappy with ETI, particularly the condition of the new terminal's bathrooms.

Since the new terminal opened, people going through the terminal have taken to Twitter to complain about a lack of trash cans and bathroom not being stocked or kept in a clean, orderly state.

ETI was selected by the Aviation Board to service the new terminal in 2018.

The company ended up cleaning the old terminal and servicing the new terminal as it was under construction.

The contract was valued at $2.9-million a year.

During the same meeting the Board voted to pay over a half million dollars to Confluence Solutions a janitorial consulting firm to plan out the sanitation needs of the airport.  Another $1.7-million is going to Henry Consulting to staff a new temporary janitorial crew.

The contract to clean the terminal is the largest janitorial services agreement in the state.