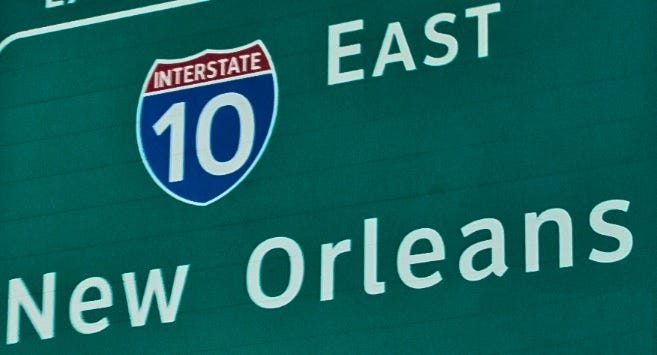 NOPD reports a man was shot early this morning on the I-10 near Bullard.  It happened around 1:00am.

This is the 5th shooting on the Interstate in the last two weeks.

The last one was on Wednesday, August 5th.

"The NOPD is investigating a shooting on Interstate 10 West near Franklin Avenue," the Public Information Office informed us.

One man was hospitalized.

Sunday, August 1st, the PIO said in an email, "We are investigating a shooting on I-10 East between Bullard and Michod where an a adult male was shot. He was transported to the hospital in stable condition."

Two other victims were hospitalized.

"The victim was driving and the suspect pulled on side of the victim opening fire. The suspect fled."

Police have not reported any arrests in any of these cases.