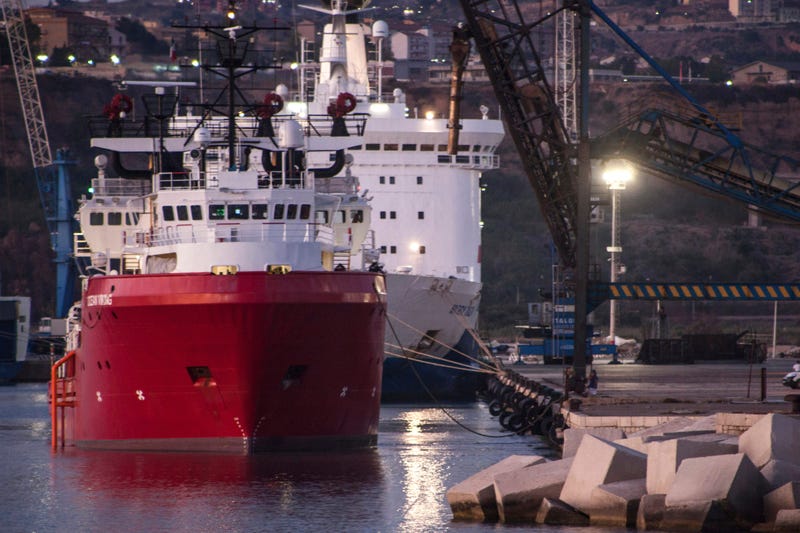 MILAN (AP) — The humanitarian group SOS Mediterranee said Thursday that Italian authorities have blocked its rescue ship in port and characterized the move as harassment.

The group’s ship Ocean Viking arrived in Sicily on July 7 with 180 migrants rescued off Libya, the last ship active in carrying out migrant rescues in the central Mediterranean.

The aid group said in a statement that the move was ‘’blatant administrative harassment ... aimed at impeding our lifesaving work.’’ Such actions, it said, has discouraged other ships from operating off Libya, in the perilous central Mediterranean Sea, where thousands of migrants seeking safety or a better life in Europe have perished.

Italian authorities cited safety concerns, specifically that the ship was carrying more people than its certification allows, the group said in a statement. SOS Mediterranee noted that the ship had nonetheless passed previous inspections, and that it had to wait 11 days for a port.

“Why wasn’t safety more of a concern to maritime authorities’’ then, said Frédéric Penard, the group’s director of operations.

Italian authorities similarly detained SeaWatch3 earlier this month, which the operator, Sea-Watch International, denounced as ‘’an excuse to block rescue ships,’’ based on a technical inspection. ‘’They argue with the lack of safety of rescued persons on board,’’ the group said on Twitter, ‘’but they themselves make sure that people are in distress for days’’ without providing rescue.

Italy has taken a hard line on private rescue boats, expressing concern that such operations encourage human traffickers in Libya to keep launching migrants toward Europe, often unseaworthy dinghies or fishing boats. Fresh concerns have also been generated by the coronavirus epidemic, after some migrants have tested positive.

Early in the pandemic, Italy declared its ports unsafe for docking by private rescue ships as it sought to contain its devastating coronavirus outbreak.

Migrant boats have been arriving independently on the island of Lampedusa, with more than 800 arriving in recent days.