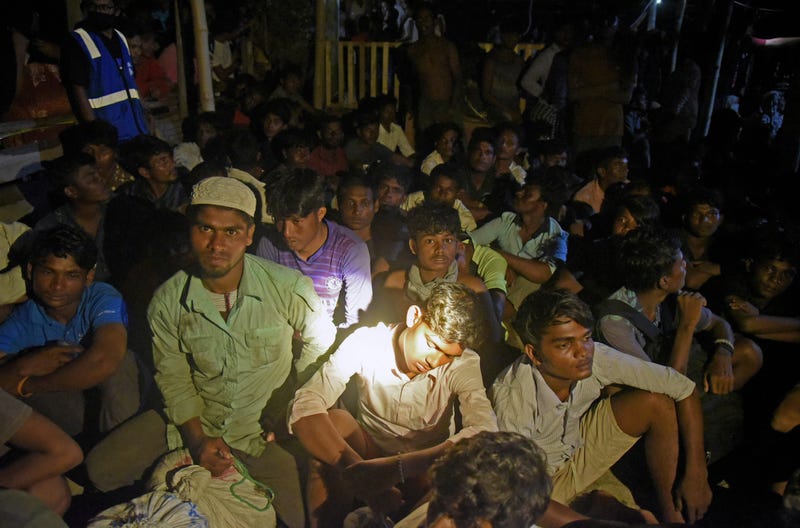 The group arrived at Ujong Blang beach from one boat and were reported by local residents. Officials arrived and found that the Rohingya had dispersed into three groups after landing, Banda Sakti Subdistrict Military Commander Roni Mahendra said.

“We persuaded them and asked the local residents to help until they gathered again,” Mahendra said.

The 181 women, 100 men and 14 children were given shelter and received help from local residents, police, military and health providers.

“Now we are still waiting for further instruction from our supervisors,” Mahendra said.

Indrika Ratwatte, the director for Asia and the Pacific for UNHCR, the U.N. refugee agency, said the Rohingya had survived about seven months at sea in desperate conditions, with some needing medical treatment. About 330 Rohingya are understood to have embarked on the journey in Cox’s Bazar in Bangladesh in February, he said.

“Over 30 are estimated to have died en route,” Ratwatte said.

Hundreds of thousands of Rohingya Muslims have fled Buddhist-majority Myanmar due to a military crackdown, and many live in densely crowded refugee camps in Bangladesh. Rights activists fear large numbers of Rohingya have gone to sea, fleeing ongoing persecution in Myanmar and hardship in the camps in Bangladesh, where traffickers may promise them a better life abroad.

“It is appalling that the Indonesian authorities are waiting for local fishermen to take the initiative in carrying out these rescues. The government, not private individuals, should have saved these lives," Hamid said.

"The central government of Indonesia must now ensure those disembarked get the protection they are entitled to, including food, shelter, and essential health services -– including protection from COVID-19. They should assist the local government in handling the refugees,” Hamid said.

Hamid also urged Indonesian authorities to coordinate with other countries in the region to search for and rescue Rohingya at sea.