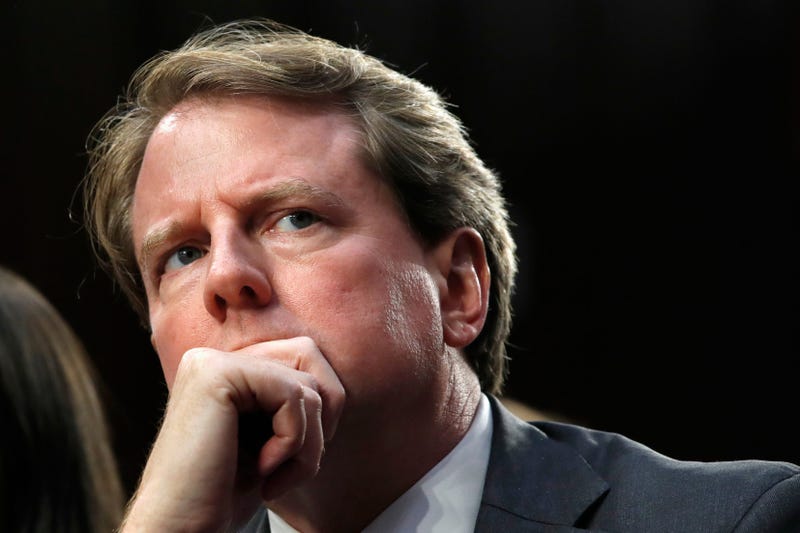 The full U.S. Court of Appeals for the District of Columbia Circuit voted 7-2 in ruling that the House Judiciary Committee can make its claims in court, reversing the judgment of a three-judge panel that would have ended the court fight.

The Judiciary Committee first subpoenaed McGahn in April 2019 as it examined potential obstruction of justice by President Donald Trump during special counsel Robert Mueller’s Russia investigation. Trump directed McGahn not to appear and the Democratic-led panel filed a federal lawsuit to force McGahn to testify.

A trial judge ruled in November that the president’s close advisers do not have the absolute immunity from testifying to Congress that the administration claimed. Griffith and Henderson formed the majority when the appellate panel said in February that the Constitution forbids federal courts from refereeing this kind of dispute between the other two branches of government.

On Friday, the full court said the panel reached the wrong decision. Lawmakers can ask the courts “for judicial enforcement of congressional subpoenas when necessary," Judge Judith Rogers wrote.

Congress needs detailed information about the executive branch for both oversight and impeachment, she wrote.

House lawmakers had sought McGahn’s testimony because he was a vital witness for Mueller, whose report detailed the president’s outrage over the investigation into Russian interference in the 2016 election and Trump’s efforts to curtail it.

In interviews with Mueller’s team, McGahn described being called at home by the president on the night of June 17, 2017, and being directed to call the Justice Department and say Mueller had conflicts of interest and should be removed. McGahn declined the command, deciding he would resign rather than carry it out, the report said.

Once that episode became public in the news media, Mueller’s report said, the president demanded that McGahn dispute the news stories and asked him why he had told Mueller about it and why he had taken notes of their conversations. McGahn refused to back down.

If McGahn is ever to testify, it's unclear his testimony would include any new revelations beyond what Mueller has already released. Mueller concluded that he could not exonerate Trump on obstruction of justice but also that there was insufficient evidence to prove a criminal conspiracy between Trump’s campaign and Russia.