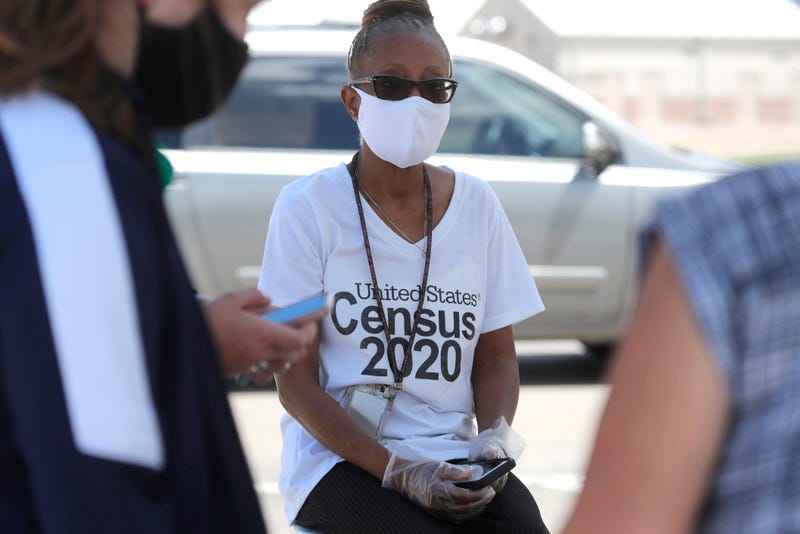 Photo credit Amid concerns of the spread of COVID-19, census worker Jennifer Pope wears a mask and sits by ready to help at a U.S. Census walk-up counting site set up for Hunt County in Greenville, Texas, Friday, July 31, 2020. (AP Photo/LM Otero)

ORLANDO, Fla. (AP) — If you haven't filled out the 2020 census form yet, you may be getting an email, call or questionnaire in the mail asking you to answer the questions.

The U.S. Census Bureau said Friday it was sending out emails to homes in neighborhoods where the response rate was less than 50%. The email addresses were culled from contact information from state assistance programs and from commercial lists. The Census Bureau said it expects to send out 20 million emails, a first for a decennial census, as the agency enters the homestretch of the once-a-decade head count of every U.S. resident.

The 2020 census started for most U.S. residents in March, but some operations were interrupted by the pandemic.

The Census Bureau also said it was directing census-takers to call homes that haven't yet responded, using phone numbers from third-party purchased data, as well as sending out a seventh mailing that includes a paper questionnaire.

Census-takers this year have to reach 8 million more homes than they did in 2010, and they have only six weeks instead of the 10 weeks they did a decade ago, according to an analysis by the Center for Urban Research at CUNY. Forty-eight senators, including Alaska’s two Republican senators, this week sent a letter to Senate and House leaders urging them to extend the deadlines.