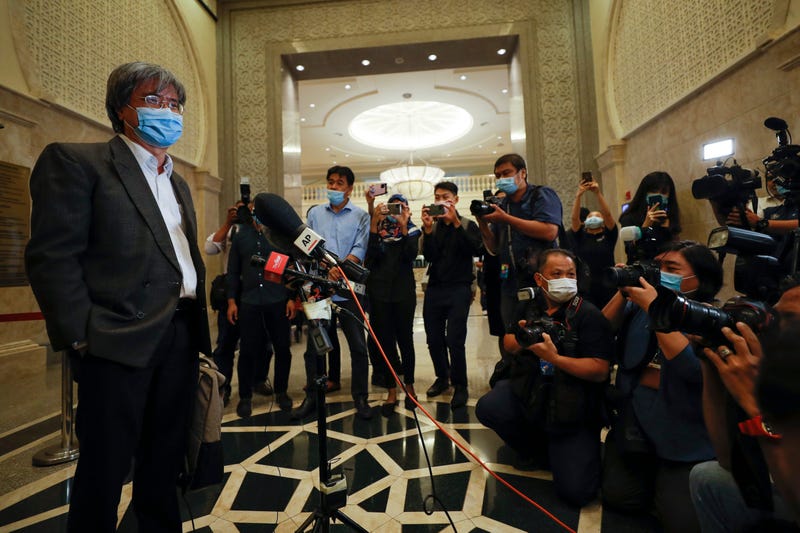 KUALA LUMPUR, Malaysia (AP) — Malaysia has denied it was clamping down on social media after an outcry over an announcement that all video production must be licensed amid a row with news broadcaster Al-Jazeera.

Communications Minister Saifuddin Abdullah sparked confusion Thursday after saying every film and video, including those produced by media groups and social media users, must comply with a 1981 Film Act that requires licensing. Applicants must also to have a registered company with a 50,000 ringgit ($11,700) paid-up capital.

He was asked about the issue in Parliament after Al-Jazeera refuted claims it needed a license to produce a July 3 news documentary on the treatment of undocumented immigrants. Police have opened an investigation after officials complained the documentary was inaccurate and biased.

Many Malaysians and opposition lawmakers criticized Saifuddin’s announcement that could potentially affect videos produced on popular social media platforms such as Tik Tok, Facebook and Instagram. Over 80% of Malaysia’s 32 million population are social media users.

The Centre for Independent Journalism has also said the government should counter the Al-Jazeera documentary with facts, instead of using a police investigation and licensing requirement to retaliate against the broadcaster.

Opposition leader Anwar Ibrahim said it was an “alarming development amid attacks and harassment on media including Al-Jazeera” under new Prime Minister Muhyiddin Yassin, who took power in March.

“It is unreasonable and a step backward,” Anwar said in a statement, calling it a move to stifle dissent.

Saifuddin, in a statement late Thursday, clarified that the government “has never thought of using the act to stifle individual freedom on social media.” He acknowledged the decades-old law was outdated and needs to be fine-tuned, but didn’t clear the air over whether it would apply to videos on social media.

Rights activists have already voiced concern over freedom of speech and media independence under the new government. Satellite television provider Astro was recently issued a heavy fine by the Malaysian Communications and Multimedia Commission for airing an Al-Jazeera documentary in 2015 over the 2006 murder of a Mongolian woman that allegedly contained “offensive content."

Former Prime Minister Najib Razak, whose long-ruling party was ousted in 2018 polls but made a comeback as part of the new government, was implicated in the murder. He is currently on trial on corruption charges.

Popular online news portal Malaysiakini and its editor face rare contempt proceedings from the attorney-general over comments posted by readers against the judiciary. Police also questioned an activist about a social media post alleging mistreatment of refugees at immigration detention centers.

A journalist from the Hong Kong-based South China Morning Post was also questioned earlier about her reporting on migrant arrests.