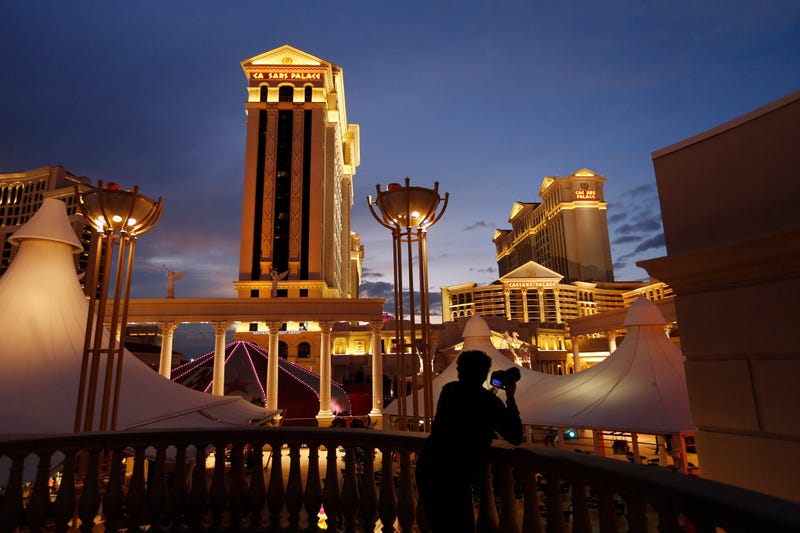 It comes after an antitrust analyst had assured the New Jersey Casino Control Commission that the deal affecting four of the nine casino-resorts in Atlantic City would not concentrate too much of the local gambling economy in one company’s hands.

“The stakes could not be any higher,” Commissioner Alisa Cooper said before joining Chairman James Plousis in voting for the deal.

Plousis said he was satisfied after two days of hearings that Eldorado executives had been “honest about the challenges that lie ahead" and “acknowledged the importance of Atlantic City to their success."

Eldorado is expected to close the deal in coming days, vaulting a company that began with a single family-owned casino-hotel in Reno, Nevada, in 1973 to the top of the gambling ownership world. It will have 52 properties in 16 U.S. states, including Las Vegas Strip casino-resorts like Caesars Palace, Paris Las Vegas, Planet Hollywood, Flamingo and Linq.

The buyout also affects Caesars properties in the United Kingdom, Egypt, Canada and a golf course in the Chinese gambling enclave of Macau.

Billionaire investor Carl Icahn will be the largest single shareholder, with more than 10% of the combined company, Eldorado CEO Thomas Reeg said this week. Icahn acquired a large block of Caesars shares after that company emerged from bankruptcy protection in late 2017 and pushed for the sale.

Eldorado plans to buy Caesars stock at $12.30 per share, using $8.70 in cash and the remainder in Eldorado shares, Reeg told Nevada regulators. Eldorado will own 56% of the merged company, which will continue operations and stock trading under the name Caesars Entertainment Inc.

Reeg will head what officials have termed “new Caesars," and he emphasized the company’s focus on U.S. gambling operations.

Eldorado is promising not to close the three remaining boardwalk properties — Caesars, Harrah’s and the Tropicana — for at least five years. It also says it will spend $400 million improving them over the next three years and reinvest 5% of revenue annually after that. It agreed to remove deed restrictions blocking casino developments by other property owners.

The New Jersey regulators on Thursday rejected requests by the Hard Rock Atlantic City and the Ocean Casino Resort to comment to the commission before the vote, saying it was too late in the process.

Antitrust expert Timothy Watts of New York-based Nera Economic Consulting testified in online hearings that the blockbuster merger “would not substantially reduce competition” in the Atlantic City gambling market and that the planned sale of Bally’s will improve it.

Martin Perry, consultant and head of the economics department at the University of Illinois, Urbana-Champaign, noted the industry’s consolidation in Atlantic City in the last 15 years. He did not offer an antitrust conclusion but said selling Bally’s was an appropriate regulatory requirement.

He also welcomed the promise to lift restrictions blocking other casino developments and said upgrades of the casinos and hotel rooms could help attract customers.

“These properties have to be invested in if they are going to be competitive with the other major resorts in town,” Perry said.