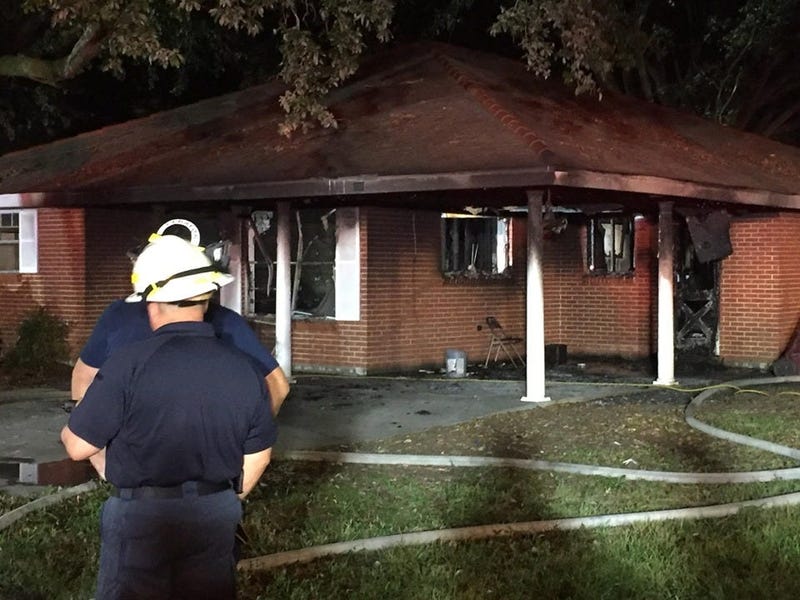 Firefighters raced into a home filled with flames to save a baby Friday night in Kenner.

"The Kenner Fire Department received a call shortly after 6 p.m. of a fire in the 500 block of 27th Street with the structure fully engulfed in flames and a baby inside," Kenner Fire Chief Terence Morris said.

Officials say firefighters were able to rescue the baby, who was taken to University Hospital.  Authorities did not release the child's condition.

It was not immediately clear where the parents were at the time of the blaze.

A total of 28 firefighters were on scene.

"Captain Gerald Diest and Firefighters Nick Zalva and Lance Levy Jr. rescued the baby, and Firefighter Matt Hotard assisted with the transport to the hospital."

The fire was under control by 7:00pm.