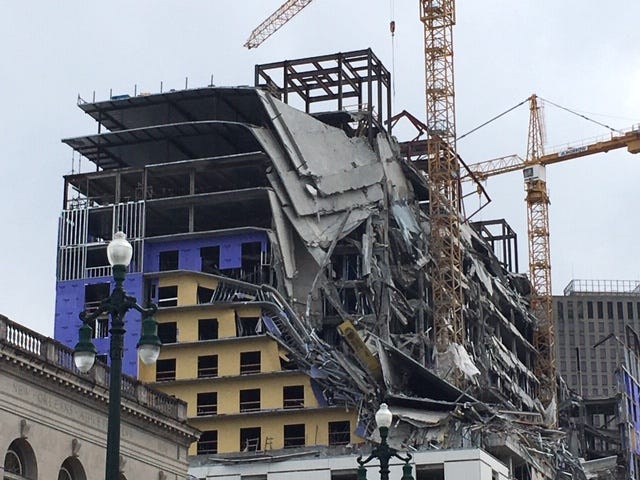 The evacuation zone around the construction site has been reduced even further ahead of the planned demolition. A contractor hired by the property owner worked Thursday and Friday to secure the crane's tower and boom using cables strapped to the core tower of the building.

The NOFD received a letter Friday verifying that the crane had been stabilized.

Nine businesses have been cleared from the evacuation zone, allowing pedestrian traffic to access them again.

Officials say the Saenger Theater will reopen in early December. A temporary covered walkway has been installed in front of that building to protect pedestrians.

Local residents are being encouraged to patronize the affected businesses, which have been left without customers since the Oct. 12 collapse.

Sewerage and Water Board crews completed work to bury a temporary rerouted sewer line Friday, meaning that Burgundy Street would be reopened from Iberville to Bienville streets Saturday morning.

Rampart Street from Iberville to Canal streets, Iberville Street from Burgundy to North Rampart streets, and Canal from Elk to Burgundy streets will remain closed through the demolition.