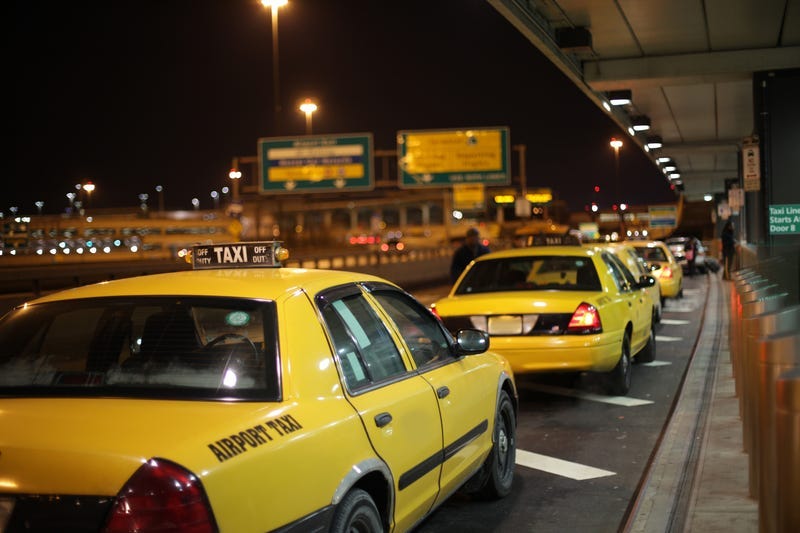 More than 100 local cab drivers rallied in protest at the New Orleans airport Friday, when a Kenner vehicle inspector started writing citations for taxi drivers who did not have Kenner permits.

Several Kenner police officers arrived to control the situation as the vehicle inspector packed up and left the scene.

The cabbies said they were protesting what they think is an unfair double fee, since they already pay for a permit from the City of New Orleans, which owns Louis Armstrong International Airport.

The drivers stood in solidarity while parked at parking Lot C, known as the "Cell Phone Lot," as the inspector tried to write citations. Lot C is where cabbies wait to be dispatched across the street to pick up airport passengers.

The drivers say they already pay a $210 fee to the City of New Orleans, owners of the airport, and they don't operate in Kenner.

Kenner officials, however, say their additional $250 permit fee is required of any vehicle-for-hire that operates within Kenner city limits, which includes the airport.

The city said it has a policy of issuing warnings before a citation is written, something the drivers say didn't happen. Kenner said its inspector wrote three citations Friday before the protests forced him to leave.

Kenner started enforcing its own permit requirement last year, but many drivers refused to pay.