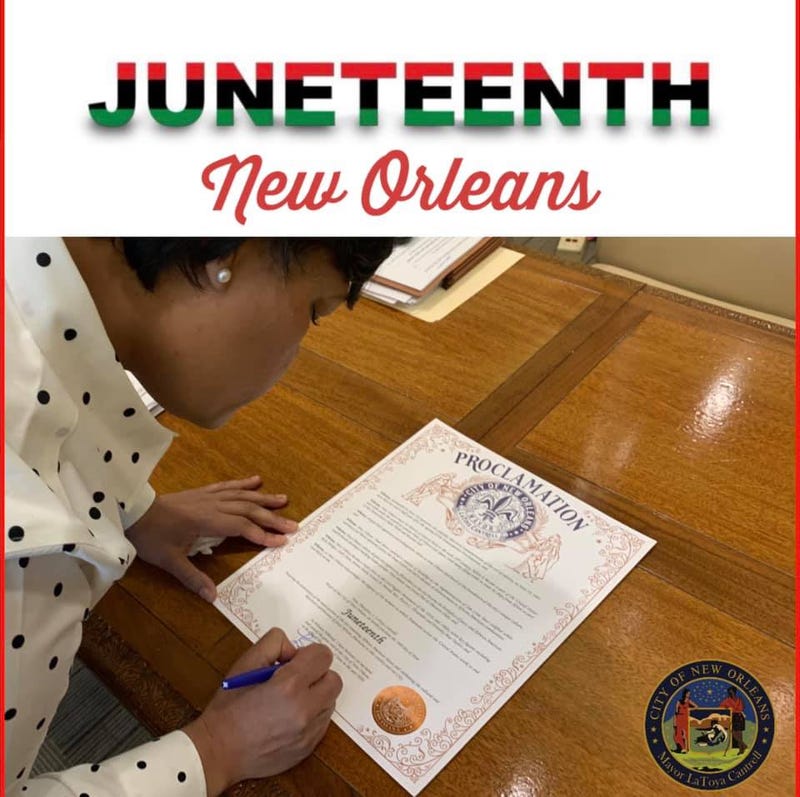 New Orleans Mayor LaToya Cantrell is recognizing today as a holiday in the city.

"Juneteenth is the oldest nationally celebrated commemoration of the ending of slavery in the United States," she said on her social media.

She called today the 155th anniversary of “Freedom Day.”

The post added, "After 302 years, the City Of New celebrates Juneteenth with our first black female mayor, LaToya Cantrell — Historic!"

June 19th, 1865 is the day that the last slaves in America, in Galveston Texas, learned they had been freed.

I have declared today, June 19, 2020, as Juneteenth Observance Day in Louisiana. On #Juneteenth, we celebrate the end of slavery in America and we honor the history and contributions of African Americans in our country. #lagov #lalege--: https://t.co/oQIhMqcvRF pic.twitter.com/p4iucdrpxO