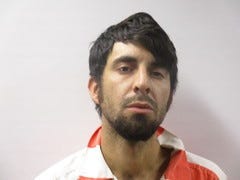 Authorities say the four young children reportedly kidnapped by their parents in Washington Parish have been found safe and the father has been arrested. The mother in the case remains on the run.

Police opened an investigation and learned that the parents had been seen with the children in Alabama, in the area of Tuscaloosa or Birmingham. However, police learned that 33-year-old Joshua Abelseth had returned to Washington Parish to take the children back to their grandparents' house.

Police set up a stakeout around the house and reportedly watched Abelseth take the children inside. He then drove away from the house and was arrested on four counts of simple kidnapping.

Jennifer Abelseth remains on the run and is believed to be in Alabama or Mississippi.