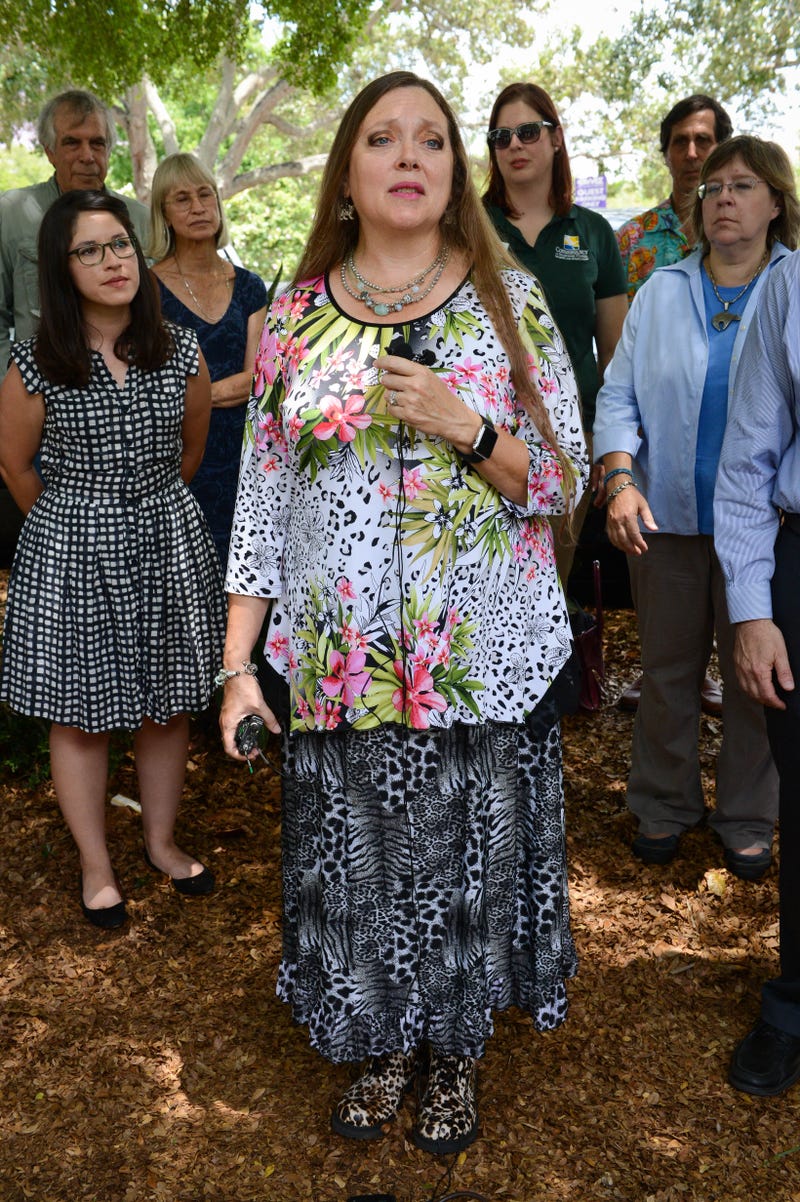 Carol Baskin became infamous in the Netflix documentary “Tiger King” and is once again the focus of the mysterious disappearance of her husband as she dances her way as a contestent on Dancing with the Stars.

Baskin is the founder of Big Cat Rescue tiger sanctuary, who was involved in a vicious feud with Oklahoma zoo owner Joseph Maldonado-Passage, until he was convicted and sentenced to 22 years in prison for his part in a murder-for-hire plot to allegedly kill Baskin.

Maldonado-Passage known by his stage name  “Joe Exoctic," repeatedly made accusations that Baskin somehow murdered her then-husband Jack “Don” Lewis on his show Tiger King. Lewis mysteriously disappeared in 1997 before taking a scheduled trip to Costa Rica. He was legally declared dead in 2002.

On Monday, Baskin made her debut as a contestant on ABC’s Dancing with the Stars. Following her on air performance, the family of Baskin’s missing husband appeared in a commercial pleading for justice for Lewis and offered a $100,000 reward for information on his disappearance or any connection Baskin may have with the disappearance of her ex-husband.

Dancing with the Stars viewers saw Lewis’ daughters Gale, Donna and Lynda along with their family attorney pleading for information that could help solve Lewis’ disappearance and offer up a reward.