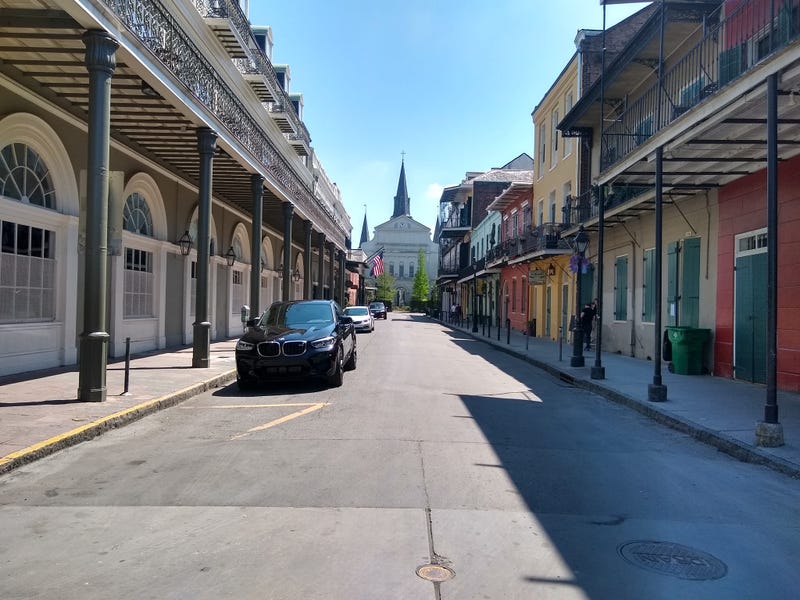 Starting Saturday, the city of New Orleans begins its economic restart.  WWL spoke with Kurt Weigle, Director of the Downtown Development District, to get his thoughts on Mayor LaToya Cantrell’s plan to restart the city and restore the economy.

“I think ‘steady as she goes’ needs to be our watchword,” Weigle advises.

“If this puts up on the path to recovery, we know it’s going to be step-after-step-after-step.  And think we’re all glad we’re moving down that path.”

Weigle knows his stakeholders and the businesses which have been boarded up since the shelter in place order in March are ready to leap from the starting gate, but cautions:

“By adhering to the safety protocols of Phase One and not only Phase One, but Phase Two hopefully not too long after that, so we’re not forced back to Phase Zero.  No one wants to be forced back to a stay-at-home because of a dangerous spike in COVID cases.”

Mayor Cantrell likens the restart to turning on a faucet.  Beginning with just a trickle of water to see how the pipes work.  Slow and gradually she will turn up the water pressure.

But Cantrell’s plan is not with controversies and detractors.

What seems to be a sticking point is her plan for contact tracing.

The Mayor wants local businesses to take information on every customer that visits their establishment in the hopes of tracing them should another outbreak occur.

Many business leaders call this intrusive and difficult to perform, citing privacy issues and disruption to the way of conducting commerce.

He says the information is likely to be kept for a period of time, not indefinitely.

“I think as long as [the information] is used properly, it’s probably OK,” Weigle continues.  “It’s important that if there any records kept they be destroyed after a certain period of time.”

Weigle believes, “I think that’s the plan, the plan is to keep them for a period during which they might be used for contact tracing.”

Another part of the plan deals directly with restaurants and lounges.  This is the capacity cap, where inside only 25% of capacity or 100 people, whichever is less, will be allowed.  Weigle says if restaurants are going this route, he’s confident they will be successful if they stick with the three ways of serving the public:

“One is going to be the 25% inside.  Two, we do believe extending seating outdoors is a really good idea.  The last piece of the puzzle is increased takeout and delivery.”

This means every restaurant and bar that’s reopening is likely going to put tables and chairs up outside on the sidewalk, much like establishments in Jefferson Parish and even Bay St. Louis, Mississippi started doing during their restart.

Running the Downtown Development District, Weigle has a two-pronged approach to the restart of the Orleans Parish economy:  For the DDD to do whatever it can to prevent another outbreak and to successfully get the downtown business recovery underway.

To that end, the DDD is physically working to get Downtown ready before Saturday:

“Our job at the DDD is to make sure Downtown is clean, that we’re sanitizing surfaces and where we make people feel comfortable coming back,” Weigle says.  “And I think the majority of our businesses will do OK.”