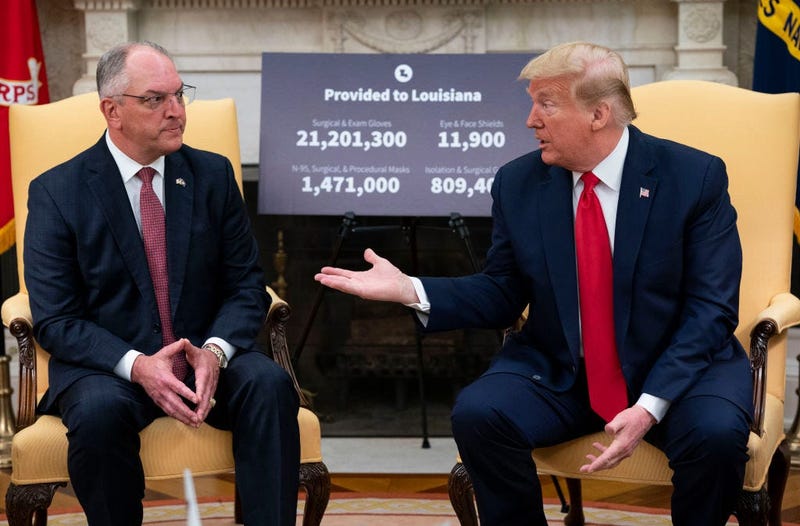 President Trump announces that starting later this month all states except for Texas and Florida will have to start paying 25 percent of the cost of their National Guard COVID deployments.

Governor Edwards says that could cost Louisiana up to 10 million dollars by the end of the year.

“I want to make sure that you understand, I do not begrudge Texas and Florida, I am not upset that they are getting 100 percent coverage, but I will tell you that there is not a rational basis to distinguish between Louisiana and those two states,” says Edwards.

A spokesperson for the National Guard Association told Politico that they were not given an explanation as to why Florida and Texas were singled out. The President has not commented on the issue.

Florida ranks third in per capita cases and Texas ranks 14th. Louisiana is 1st in the nation.

“We have ridden the crest of both the first surge and the second surge as evidenced by the fact that we have more cases per capita than any other state,” says Edwards.

About 1,100 members of the Louisiana National Guard have responded to the pandemic.

Edwards penned a letter to President Friday requesting a reversal of the decision.

“I will be working through the Congressional Delegation in re-urging the White House to extend that 100 percent cost-share for the National Guard through the end of the year,” says Edwards.