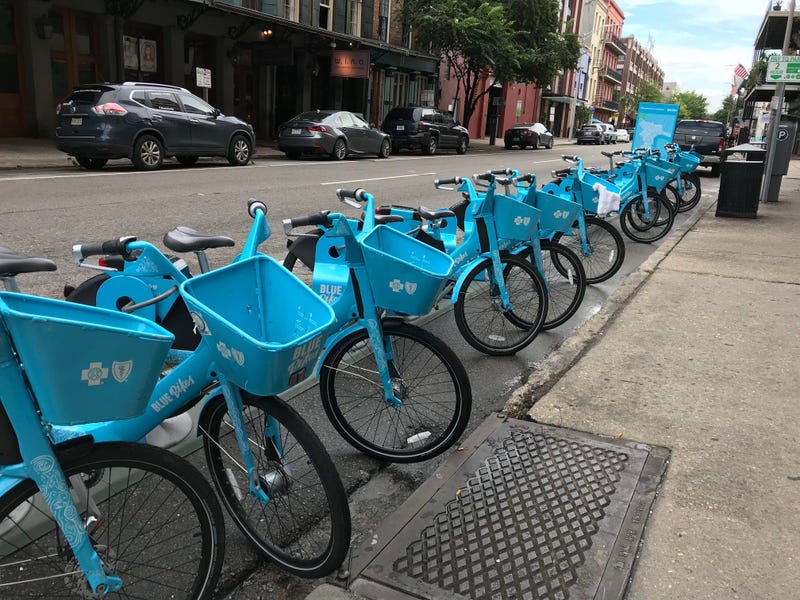 Next year all 700 pedal bikes will be replaced with bike described as electric-assisted.  That means the electric motor will kick in after you pedal to get going.

The new electric bikes have rolled out across sharing programs around the nation.

And, City Councilwoman Kristin Gisleson-Palmer tells the Times-Picayune/New Orleans Advocate, "We're very excited to report [the program] will be expanding its service to a much larger part of the city."

Jump, the operator of the bike-share programs is expanding bike availability into neighborhoods previously not served.  This includes Central City, Uptown, and even Algiers as the fleet expands to 900 bicycles and 90 hubs from the current 70.

Jump says over 276,000 trips have been taken so far this year, representing a 66% percent increase.

Expect the new electric-assisted bike to make their debut in mid-2020.