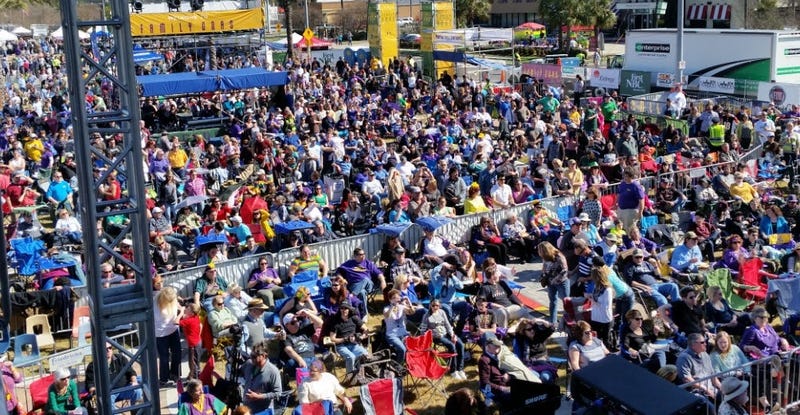 It's not just the first weekend of parades, it's also Family Gras weekend! Family Gras kicks off tonight with a salute to Louisiana legends, featuring the Dixie Cups, Amanda Shaw, Irma Thomas, and many, many more.

"We've got a great lineup of artists," said spokesman Greg Buisson. "It's a weekend of artists who have chart-topping hits, there'll be more than a hundred floats going through from five parades, thousands of carnival riders, tons of throws."

The show continues tomorrow with Rock and Roll Hall of Famer and founding member of The Beach Boys, Brian Wilson. He'll be joined on stage by fellow founding Beach Boy Al Jardine, "and they're going to be performing gall of the Beach Boys' favorites," said Buisson.

Sunday, it's the southern rock sounds of the Marshall Tucker Band, and a tribute to Ricky Nelson featuring Matthew and Gunnar Nelson.

Click here for more on the Famly Gras lineup.