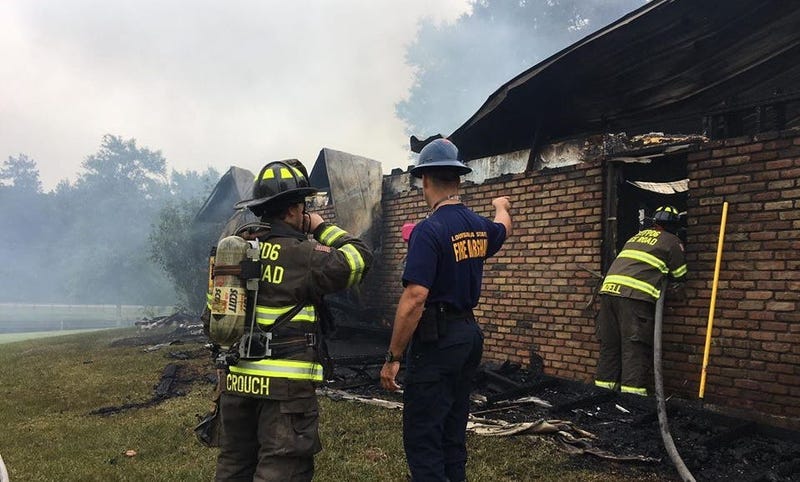 The fire started in the early morning hours according to spokeswoman Ashley Rodrigue of the state Fire Marshal's Office.

A 911 call went out about 2 a.m. Tuesday from the grandfather.  When firefighters arrived, the man and the girl were outside the house, but the boy had to be rescued by firefighters, she said.

The grandfather is being treated at a local hospital for a medical issue.

Smoke alarms were functioning in the house, located on Pat O'Brien Road, and alerted the family to the fire.