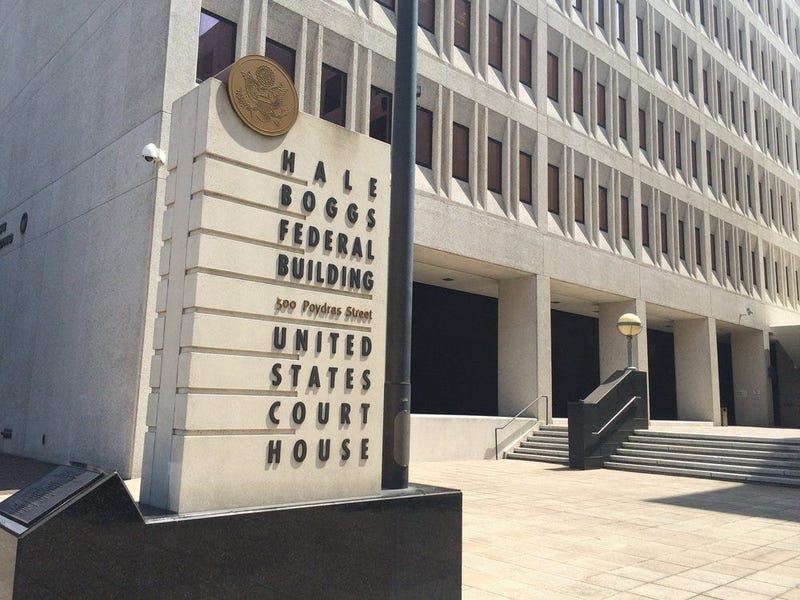 May 20, 2019 05/20/2019 7:45 pm
Former Jefferson Parish Councilman Chris Roberts pleaded not guilty today to 29 federal charges against him. Federal prosecutors charged Roberts in a 32-page indictment accusing him of fraud and tax evasion.

According to WWL-TV's Paul Murphy, the judge set a $50,000 unsecured bond for Roberts, with travel restrictions and an order not to go into any gambling establishments.

The charges state that Roberts, in 2013, was hired by the widow of a Terrytown-based landscaping company owner to handle the company's business affairs. According to the indictment, Roberts began defrauding the company by writing checks to himself on the company bank account, then claiming in company records that the withdrawals were legitimate.

Prosecutors say among things Roberts bought with the illegally-obtained money was a 2.01-carat diamond engagement ring.

The indictment also accuses Roberts of failing to report substantial amounts of income between 2010 and 2016. The U.S. Attorney's Office said when Roberts learned of the investigation in 2017, he filed amended returns for those years that showed significant increases in his income, but still underreported his earnings.

"The greatest honor I had was representing the people for 21 years. The biggest sacrifice anyone in a demanding profession makes and accepts with the territory is not being available to your family. I am at peace with my decision and have enjoyed the personal time the last few weeks I have missed out on my entire adult life.

"Nothing in this world outweighs watching your children grow. I count my blessings everyday from being spared a fate that many in this region were not able to beat. As I have said before, the sun will shine again."