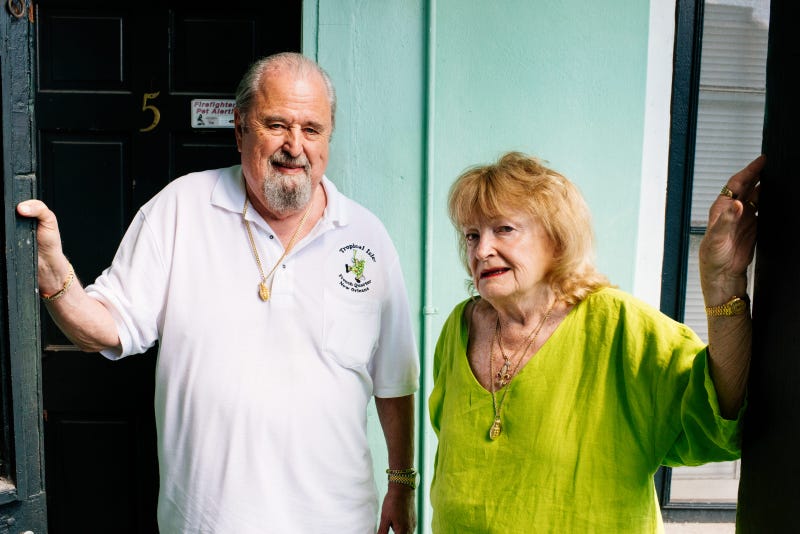 Earl Bernhardt, the co-founder of the Tropical Isle bar and co-inventor of the world famous "Hand Grenade" cocktail has died. He was 80.

Bernhardt and his business partner Pam Fortner opened the Tropical Isle on Bourbon Street in 1984 and made a name selling their invention: the "New Orleans Hand Grenade," a strong alcoholic beverage served in a green, grenade-shaped container. It was meant to rival the ever-popular Hurricane of Pat O’Brien’s. The "Hand Grenade" has been one of the city's most popular drinks ever since.

Bernhardt passed away unexpectedly overnight Thursday. He had health issues but was thought to be getting better. He turned 80 in August.

He and Fortner became well known for their unconventional TV commercials that advertised the bar and the hand grenade over the years.

Funeral arrangements were not immediately announced Friday, although the spokesperson said there would be a second line to honor the life of Bernhardt.