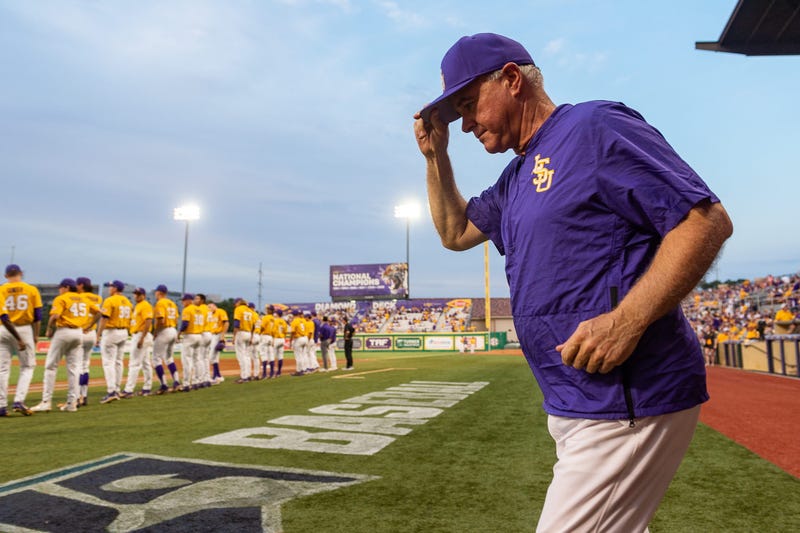 The Power 5 Conferences (Big Ten, Big 12, ACC, PAC-12 & SEC) have proposed a significant change to the college baseball season. The proposal would take effect in 2022, and would call for the season to start in the middle of March and run through the third week of July, culminating with the CWS championship series. The proposition needs to be approved in the coming months by other Division One baseball coaches and the NCAA.

This proposal mimics the strategy of northern schools like Michigan, Indiana, Notre Dame and others that have to start their season playing road games, until the ground thaws from icy weather in early April. That puts those schools at a bit of a disadvantage and also prevents them from generating revenue from their own park. At the core of the proposed change is the ever increasing popularity of college baseball. More and more universities are investing in their programs to cash in on big money opportunities. (Of course some schools have cut their programs because of Covid-19). The SEC, home of the LSU Tigers, generates massive amounts of revenue through baseball.

The question at hand, is their an appetite for college baseball into July? The answer to that is yes, for a couple of reasons. College baseball plays 56 regular season games, and if you factor in the post season through the College World Series, that total increases to at most 66 games.  College baseball is a faster game than the big league brand. Less games, amateur athletes and baseball the way it should be played are big reasons why the college game is on an uptick in popularity.

The bigger question that has to be answered is will it pass through and get approved? "I think anybody that is aware and that loves college baseball would love to see a more level playing field,” LSU coach Paul Maineiri told Bobby Hebert and me on SportsTalk. But, it’s not that simple, as Maineiri goes onto explain, “If your sport is not a revenue generating sport, for example having to have your students stick around through June or July...and you have to pay for housing and to feed them...if you're not making money...it's a losing proposition.”

Although this proposal has been talked about in some variations for nearly thirty years, this one might have some legs, because of the amount of attention the media is giving it. Because of the pandemic, there are no baseball games to report on, no tournaments to preview. This conversation is all college baseball has right now. That might allow this proposition to take off.

The best part, this proposal would actually work to LSU's benefit. "If you think about it, we're starting our season when college basketball is hitting their hay day," Maineiri added. College baseball would only be competing with Major League Baseball on a broader perspective among baseball fans. Plus, in the proposal some of the coaches are advocating for an increase in scholarships from 11.7 to 13. Okay, so now LSU would have more ammunition to fire on the recruiting trail.

Maineiri understands the need to level the playing field for northern schools.  "It's forever been a big issue in college baseball.  The northern schools compared to the warmer weather schools on the west coast or south. I've been a northern coach.  It's a very uneven playing field," Maineiri explained.

The 2009 National Champion coach also thinks the obstacles can be cleared, but it's going to take some creative thinking by administrators. "Maybe this is a way to kind of separate the schools that want to be serious about college baseball, and really go after it. If teams want to really get after it, lets move the season and increase scholarships. That would be awesome for the game" Maineiri added.  Why not? LSU has was the first college baseball program to get serious about the sport.

Personally, I love the proposal and hope it passes. Selfishly, it gives us some local interest in LSU baseball after the NBA season, and right before the start of the NFL season. How cool would it be to sit at the Box in Baton Rouge on the 4th of July? I think college baseball can compete with MLB. In fact this could open up another avenue. "I always thought MLB should have utilized college baseball as their training ground.  We've always been in competition with MLB for the players.   Let us train them and then after three or four years of college baseball, I think it makes those players less risky of an investment,” the LSU skipper added.

Just look at a couple of LSU players and the success they had after playing in Baton Rouge. Alex Bregman with the Astros is off to a sensational pro career, along with Kevin Gausman and others. That can be attributed to the level of baseball played at LSU and the SEC. If you are a fan of college baseball, this proposal if passed, is not a home run it's a grand slam.