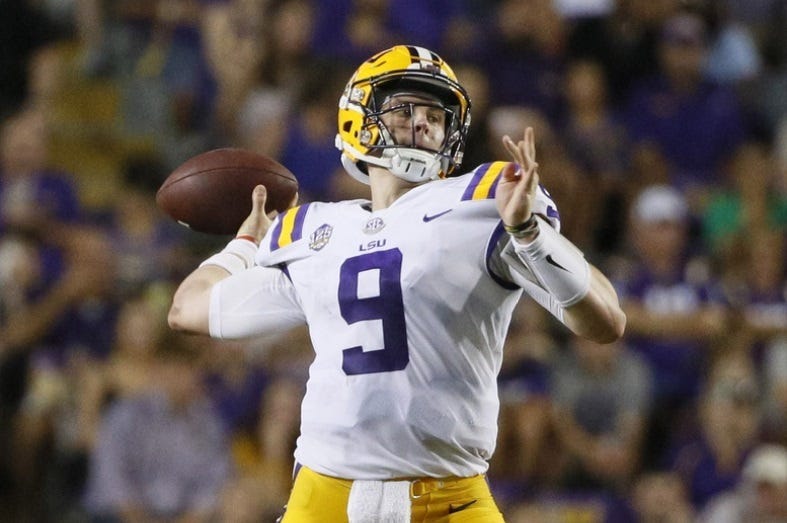 As the number one team in the country, LSU is now the top target of every team they will face.  Hunters are now the hunted.  Everyone would count the Tigers’ season a success, if they cannot only knock off the top ranked team in the country, but also this week’s opponent, Ole Miss.   The Rebels want this one badly.   Have the Tigers maintained their humility and remained focused on their bigger goal of winning a national championship?   We’ll find out over the next several weeks.

Today, when LSU battles Ole Miss, it will be the Rebels biggest game of the year.   For LSU it’s another speed bump in the path of a championship.   That doesn’t mean LSU will take Ole Miss lightly.   This is the rivalry Mississippi covets.   This is the Rebels’ national championship game.

Ole Miss leads the SEC in rushing yards.   Heck, they get off the bus running the football.   If the Rebels are going to score it’s going to be on the ground.   The Ole Miss defensive secondary is, well... pretty awful...to put it mildly.  LSU’s vaunted passing attack could serve as a hot knife through butter in this game.

I expect another big day for quarterback Joe Burrow and his band of at the ready receivers.   That’s why the Tigers are three touchdown favorites over Ole Miss.   Bo Nix and Auburn put up 340 passing yards against Ole Miss.   That should give you a good forecast of what could happen against LSU.

The Rebels rushed for over 200 yards in five of the past six games.   What gives Saturday night?   Don’t be surprised if Ole Miss scores some points, but they don’t have the firepower to keep pace with the Tigers’ offense.