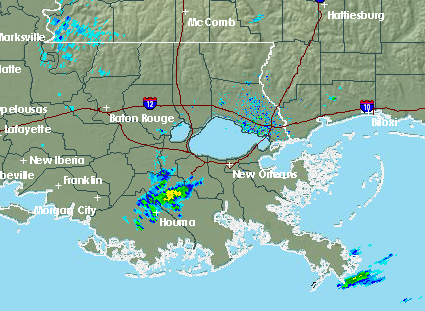 More gloomy weather on tap for our Friday evening with a few light showers persisting.

Saturday will be mostly cloudy and warm with a few showers.

Sunday will bring better rain chances as a cold front moves in.

"Sunday night into Monday turn colder and breezy with clearing skies," Malone said.  "Monday will be cool with highs back in the 50s and mostly sunny skies."

Tuesday, New Yaer's Eve, should be cool with a good bit of shunshine.  Tuesday night will be chilly with some clouds moving in, but it looks dry for now.

Storms could begin to with increasing clouds by New Year's Day, but it looks dry for most of the day with showers possible later in the evening and overnight.

Rain chances to rise by Thursday and Friday.