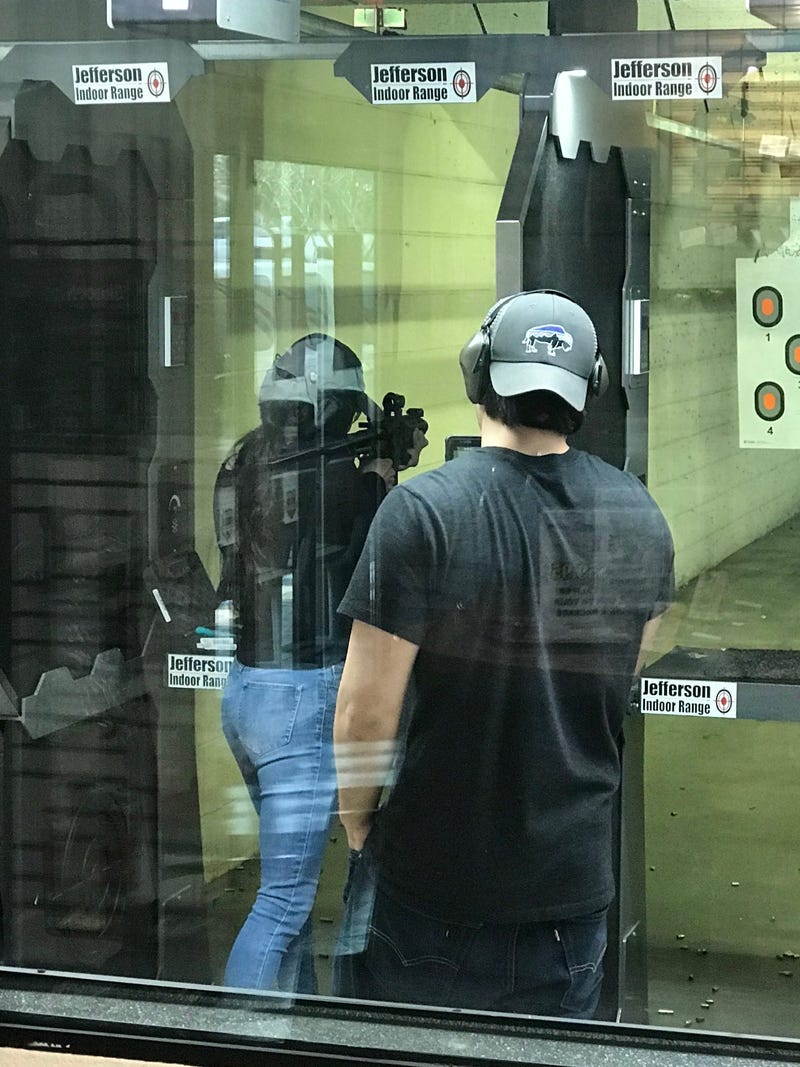 Like paper products and hand sanitizer, there’s a surge in the sales of firearms.

At Jefferson Gun Outlet on Airline, their sales were unprecidented.

Since Friday, the store has reportedly sold six figures worth of firearms.

Wednesday the store was packed with people looking to purchase a gun.

Christina owns a .38 Special revolver.  She was stocking up on bullets:

“For me I mainly think about after Katrina, they had a lot of looting, I just want to make sure I’m protected."

Caesar commented on the times and talked about the potential of coronavirus unraveling society:

“The virus being spread, it might go to the guns—might lead to the guns…  So we’re just trying to be extra prepared.  If it does do that, some crazy things going on right now.”

Picking up a gun is more than just for protection, enthusiasts Diego and Harvey came down to go to the range and pick up a spare .22-semiautomatic.

“Sitting at home with nothing to do, so we decided to out shooting a firearm [at the range],” Diego replied.

DaShaye came into Jefferson looking to purchase a gun to protect her family.  She had her young niece with her.

“If people start running out of food, they feel like they can just go try to rob people to get food and stuff.”

Jennifer was the one who told us that it was getting hard to find firearms and bullets:

“A lot of firearms, bullets, and places have been selling out of everything and this is the only place that has everything that I need.”

Though most people expressed different reasons for personal protection, the underlying reason appeared to be the emergency declaration that has curtailed the activities of residents and imposed unprecedented changes on people’s lives.