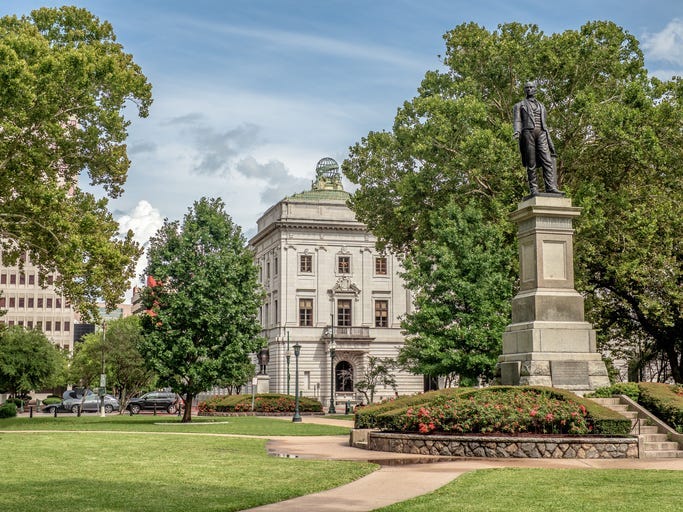 Residents of the historic Lafayette Square District live in some of the oldest and most cared for homes in the City.  Many built in the early to mid-1800's these homes are uniquely situated to downtown living, within walking distance of the Superdome and Smoothie King Arena, the convention center, museums, Canal Street and the French Quarter.

A story in the Times-Picayune/New Orleans Advocate says the Lafayette Square Association is the major bulwark resisting the drive to commercialize the area which is undergoing rapid redevelopment as a tourism center.  Heading up the Association is Michael Duplantier.

The Association was founded in 1976 initially to stop high rise development from plowing up the historic homes and warehouses in the District.  Now their fight is stopping the push to spread expensive restaurants, night clubs and boutique hotels from transforming the area into an upscale French Quarter.

One particular project in the crosshairs of the Association is 923 Julia Street.  This parking lot was slated to become 40-unit apartment building.  As such the developer received the support of the Planning Commission, but when it was changed to become a hotel the developer was met with resistance.

Another project is the Moxy Hotel, a development of Marriott, slated for 744 St. Charles.  The project received approval in 2016, but funding fell through due to the collapse of First NBC Bank.  Now the owners are back looking at reviving the project.