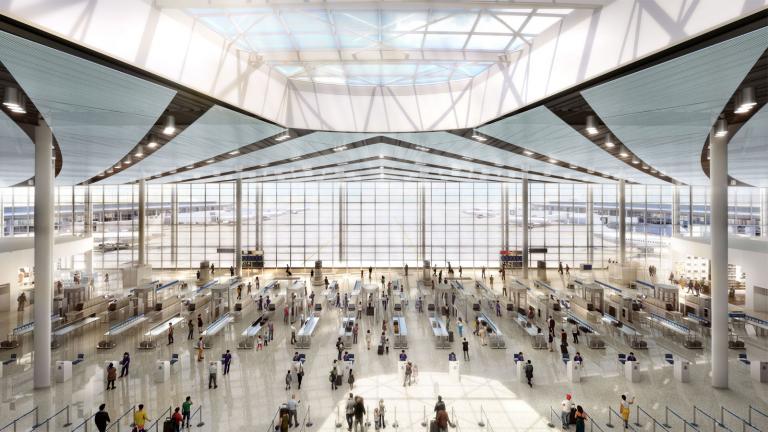 The biggest test of the most important piece of equipment at the new terminal at Armstrong International Airport takes place today.

When the baggage handling system at the new terminal suffered mechanical issues, it was a major concern for airport management and a problem that needed to be solved-fast.

"There was definately a rough spot in the baggage system the first Thursday and it performed through that weekend," Airport Director Kevin Dolliole says.  "Then it improved through the weekend and by late Monday it's been operating normally since then." Baggage handling is an airport's Achiles Heel, when things don't go right; passengers face waits that subtract from precious vacation time.

Airport Director Kevin Dolliole says, "Issues were found, problem spots were found in the system, some programming tweaking in the system, required to get better hygine on how bags were introduced to the system so it was a combination of things."

Opening the terminal two weeks ahead of the Thanksgiving holiday gave Airport maintanence teams enough time to make fixes and get systems working seamlessly in time for the big holiday crowds.

"We wanted to ensure we had at least a two-to-three week lead time," Dolliole says.  "It's given us time to work through the kinks and hitches here and we feel we're prepared."

"We're much better equiped and had the lead time to prepare for the holiday travel period," Dolliole explains.  "We wouldn't want to open this facility  before the Thanksgiving travel season.