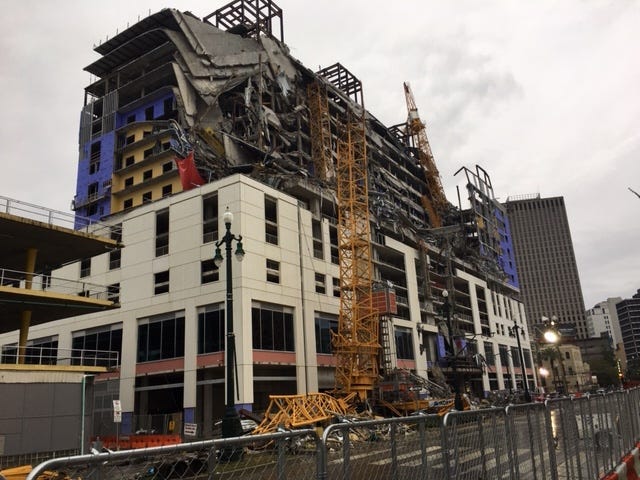 Labor unions and activists this evening will be discussing ways for the city of New Orleans to beef up its Responsible Bidder Ordinance -- a drive made all the more urgent by the Hard Rock collapse.

Shanan Waters, an organizer for Laborers International, says workers have been wanting a tougher Responsible Bidder Ordinance for a while now, to ensure fair pay and treatment, "but to also make sure that they're holding up safety standards."

Waters said the disaster at the Hard Rock has made the effort all the more urgent.

"Hopefully through doing the RBO will also give the city the power to do work stoppage, when there is an incident of safety, until it's actually resolved," he said. "If a contractor is caught violating labor law, any kind of federal, state, or local laws, then they could possibly not be eligible to bid on any public entity work."

And in the case of private developers, if they are getting city tax breaks, activists would like to see those tax breaks revoked.

"Ultimately, what we want to do is make sure the bad contractors are taken out of the process," said Waters.

The town hall meeting is at 5:30 p.m. at the Corpus Christi Community Resource Center on St. Bernard Avenue.