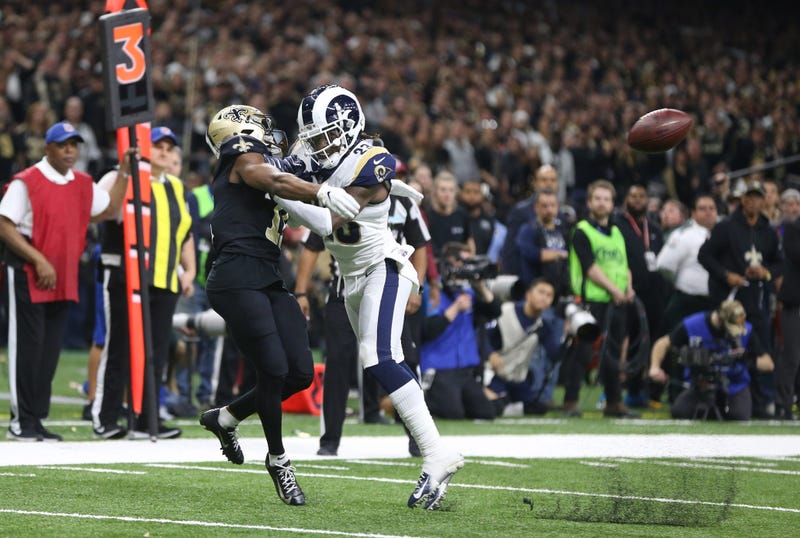 The attorney for plaintiffs in the NOLA No-Call lawsuit against the NFL says they will no longer pursue the case, now that the Louisiana Supreme Court dismissed.

"The Louisiana Supreme Court has now spoken," said Tony LeMon. "Consequently we, the plaintiffs in this lawsuit, are ready to move on and respect the ruling of our State's highest court.

The failure of NFL officials to throw a flag on the play helped the Los Angeles Rams defeat the Saints in overtime and advance to the Super Bowl -- where the Rams failed to score more than a field goal against the New England Patriots in the lowest-scoring title game of the Super Bowl era.

Three other lawsuits over the botched call near the end of regulation in January's NFC Championship Game met similar fates, but in federal court. LeMon's case was filed in state court, and was about to being the discovery phase. Commissioner Roger Goodell and other league officials were expected to give sworn testimony in the case possibly as soon as this month.

"By this Supreme Court ruling, the only right given to the purchaser of an NFL ticket, at least in Louisiana, is to get a seat in the stadium," LeMon said today. "Once in that seat, the NFL has a license to do whatever it wants to us little ticket-holders, even to commit fraud and deceptive consumer trade practices against us without any civil recourse."

LeMon did succeed in getting some responses from the league, via earlier court motions. For example, the NFL admitted that video shows that pass interference and unnecessary roughness penalties should have been called. But it also said officials, who were in proper position at the time of the play, saw it "in real-time at full speed" and did not see the penalties.

The idea that officials were unable to discern the illegal hit while watching it in real-time was unconvincing to LeMon and most Saints fans.

"It is for each of us who have viewed the 'No Call' play to decide if the NFL and Commissioner Goodell are being truthful and whether these sworn responses are disturbing," LeMon's Monday statement said.

Saints fans hope to make that all a distant memory. The Saints kick off the 2019 season tonight at the Mercedes-Benz Superdome against the Houston Texans. They get a rematch with the Los Angeles Rams on Sunday.