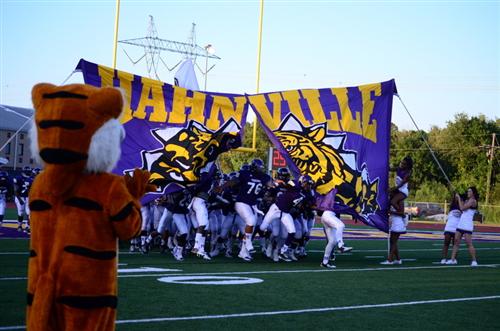 The Louisiana High School Athletic Association made a motion at an October 16th preliminary hearing to throw out Andrew Robison’s constitutional rights lawsuit against them.  The LHSAA’s rationale for that motion…because their organization is private.  The LHSAA also filed a second motion claiming the case should be tried in Baton Rouge, instead of where the lawsuit was filed in St. Charles Parish.

The lawsuit stems from last football season, when the LHSAA ruled Robison ineligible to play football at Hahnville High School, after he transferred from Vandebilt Catholic last summer.  Robison asked that the LHSAA ineligibility ruling be heard by a third party arbitrator.  The arbitrator ruled in favor of Robison and overturned his ineligibility, making him eligible to play in the final three games of the season.  Robison missed 10 weeks of action and is currently on a football scholarship at Nicholls State University.

State appellate Judge Robert Chaisson denied both motion’s made by the LHSAA.  The trial will now be held in St. Charles Parish.  A trial date has not been set as of today.

This is a pretty significant win for Robison, simply because Judge Tim Marcel will hear the case in St. Charles Parish where Hahnville High School is located.