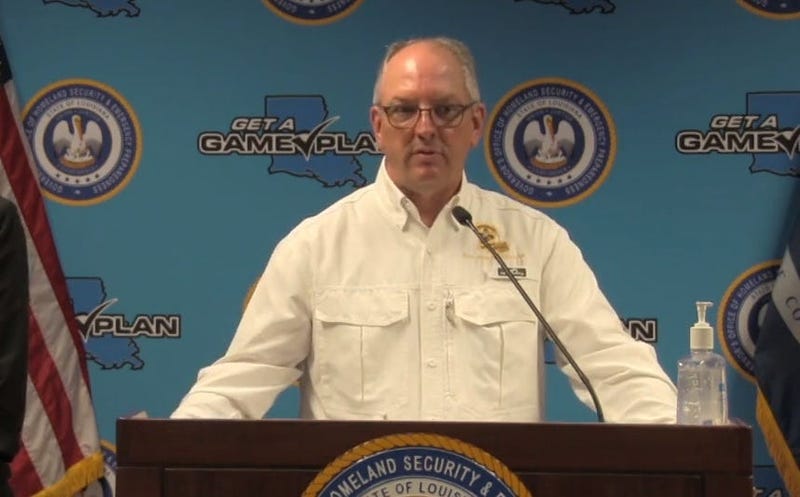 It’s been just over two weeks since the state’s stay at home order was implemented and Governor Edwards says it appears the order has resulted in a recent flattening of the curve.

At Tuesday’s press conference the Governor hinted at the fact that the order may have been even more effective at slowing the spread than they planned for, and that’s great news for the state.

“We told people that if you stay home, stop making contact, stop going out for unessential trips and so forth that we will start to flatten the curve,” says Edwards.

Tuesday saw the state’s highest reported death total at 70, but Edwards noted that ventilator use is down, and the number of new hospitalizations is slowing.

Edwards says current measures are working, but if people take this news as a sign that they can start slacking on social distancing it’ll all be for naught.

“Things can shift and they will shift again if people decide that their job is over and that they are no longer going to comply with the stay at home and social distancing. If that happens our cases will spike and we will be right back where we were,” says Edwards.

The Governor noted in a previous press conference that other countries have experienced “waves” of infection where a relaxing of mitigation measures prematurely led to a spike in new cases.

“We have now administrated more tests per capita than anywhere else in the country. In fact, we are right around 75,000 tests,” says Edwards.

He noted that the New Orleans region is now no longer projected to run out of ventilator capacity or hospital beds.