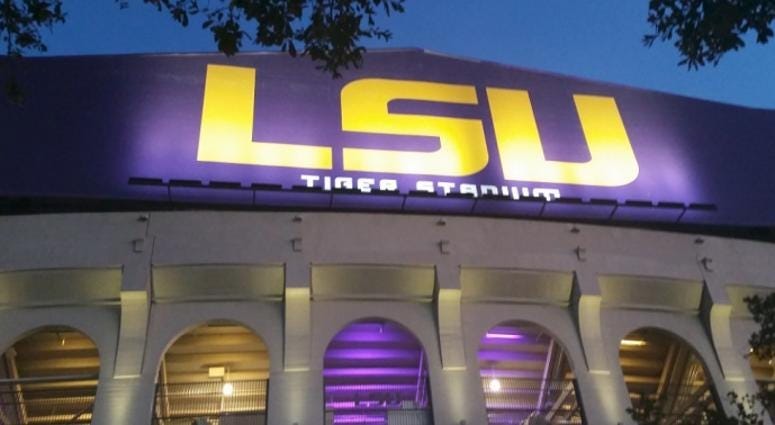 LSU has been one of the most high-profile teams of this college football season.  Part of that has to do with their schedule – facing and beating two top ten teams already, and having #9 Auburn in Death Valley this week, is keeping the Fighting Tigers in the spotlight.

“I think more than them just playing these top ten teams, it’s because LSU now has an offense, to go with a really solid defense,” said WWL.com LSU columnist Jeff Palermo.

Head coach Ed Orgeron said after the Florida game that visiting recruits raved about the environment inside Death Valley. Opposing coaches have recruited negatively against LSU for years, especially with players on the offensive side of the ball by saying don’t go to LSU because their offense stinks. That hasn’t been the case with the offense this season.

If LSU wins Saturday against Auburn, it sets up an even bigger game in two weeks against Alabama.

The LSU football program has just received a huge verbal commitment from five-star tight end Arik Gilbert, who chose the Tigers over Alabama and Georgia. He’s six-foot-five, 253 pounds and is rated as the number one tight end in the 2020 class. Gilbert visited LSU during the Florida game.