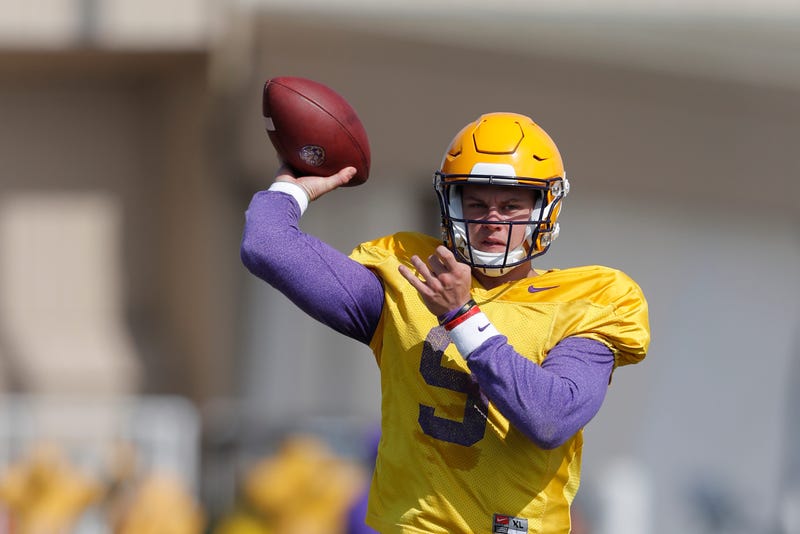 LSU quarterback Joe Burrow did not participate in the first scrimmage of fall camp. Head coach Ed Orgeron said it was due to a minor injury, and Burrow shouldn't miss too much time.

"Joe Burrow did not practice today," said Orgeron. "He’s held out as a precaution. He should be back with us some time next week."

Orgeron did not specify the nature of Borrow's injury.

"You never want your starting quarterback to get hurt, but I thought it was a perfect scenario that it was going to happen this week," Orgeron said. "It gives him time to get better and come back next week. We get to see the guys step up."