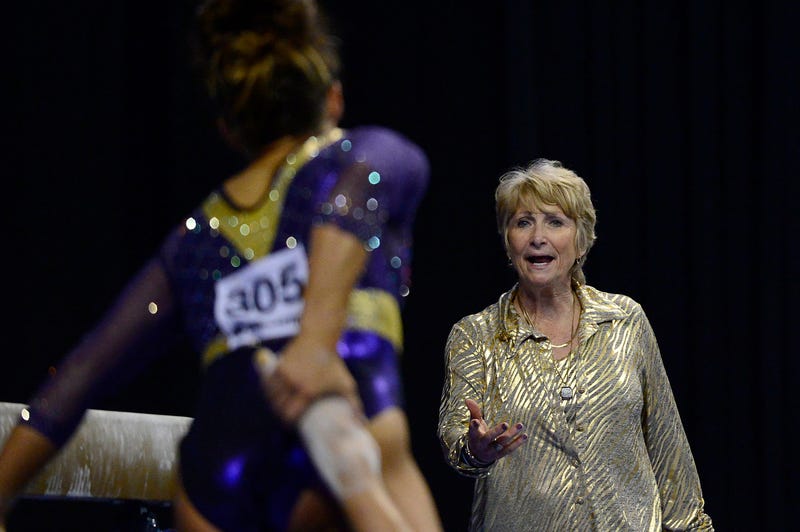 “I’ve always told myself that I would know when it would be time to make this most difficult decision,” Breaux said. “This program was not built easily, but it is now in the most secure and positive position it has been since its inception. LSU Gymnastics is one of the best and most powerful programs in the country with, most importantly, the most incredible fan support.

“Jay was named co-head coach in anticipation of this moment. He is a great recruiter and his coaching philosophy is demanding and produces excellence. I have confidence in my decision because the torch is being passed on to Jay.”

“D-D Breaux’s contribution to this university, this community and to our athletic program is simply immeasurable,”Athletic director Scott Woodward said. “She has had a generational impact on the student-athletes she has coached and mentored over her 43 years of service, not to mention all of the rest of us she has taught along the way.

“With hard work and pure force of her will, D-D built a gymnastics program from the ground up into one that is now recognized worldwide for elite-level excellence. D-D has given her all to LSU and to Louisiana and we have been made better because of her contributions here. D-D has always represented the purple and gold with the highest levels of dignity, grace and grit and will continue to do that in this new role.”

Athletes under Breaux have thrived outside of the gym as well. LSU gymnasts have been named WCGA Scholastic All-Americans 160 times and won the Tiger Cup in 2013, 2014, and 2015, an award given to the LSU team with the most community service hours, the highest GPA and the highest national placement in postseason competition.

A 2017 inductee to the Louisiana Sports Hall of Fame, The Donaldsonville native is a 9-time SEC Coach of the Year.

“Coach D-D Breaux set a standard of excellence for her athletes on and off of the mat and her 43-year career with LSU is unparalleled,” Louisiana governor John Bel Edwards said. “On behalf of the state and of all of us who had the pleasure of witnessing her talented teams take to the floor on Friday nights in a packed PMAC, I thank her for her tenacity, for her commitment to her gymnasts and the University and for her leadership in prioritizing academics and community service alongside athletic achievement. Coach Breaux is truly a legend, and we wish her well in the future.”

Breaux will remain with the Tigers’ athletic department as an ambassador for LSU.