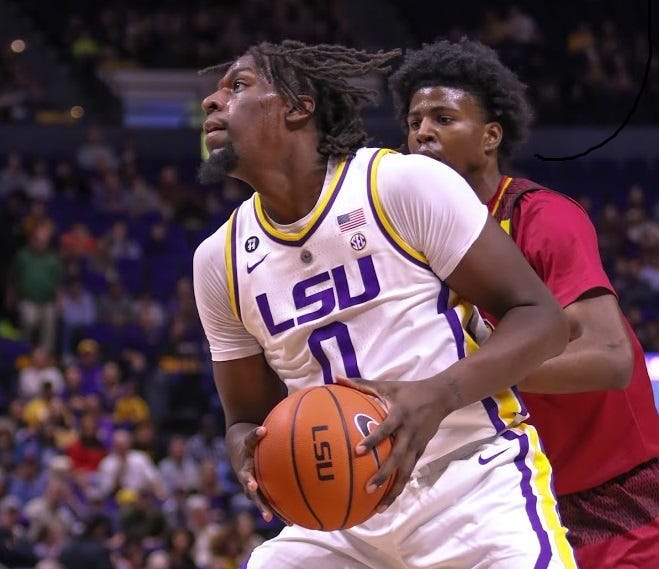 Naz Reid's precipitous fall in the NBA Draft ended with a thud.

Thought of as a possible lottery selection before last season, Reid watched helplessly into the early morning hours of Friday without seeing his name being called at the Barclays Center in New York.  Once unthinkable, Reid had gone undrafted.

This is quite a fall for LSU's Naz Reid, a player who was commonly thought of as a fringe-lottery pick before last season. An up-and-down year at LSU and a poor showing at the combine contributed to his fall. Told scouts didn't like his inconsistent effort on the court.

Reid is prototypical boom-or-bust type of prospect, with potential to be an effective stretch-four in a league that covets those kind of players.  He averaged 13.6 points per game in his one season at LSU, shooting 46.8% from the field and 33.3% from three-point range.  Reid, who is 6'10", has good ball handling skills for a player he size, and has shown the ability to attack the basket with force. His 240 pound frame will also allow him to immediately bang with the bigger bodies in the NBA down low.

It's likely Reid will land on a summer league team, and certainly has the raw talent enough to impress coaches and scouts and make a G-League roster.  There's also the option of continuing his development in an international professional league.

Reid never fully developed into the dominant force on the court at LSU many thought he could become.  He fell out of the draft after failing to improve his draft stock with a weak showing at the combine.