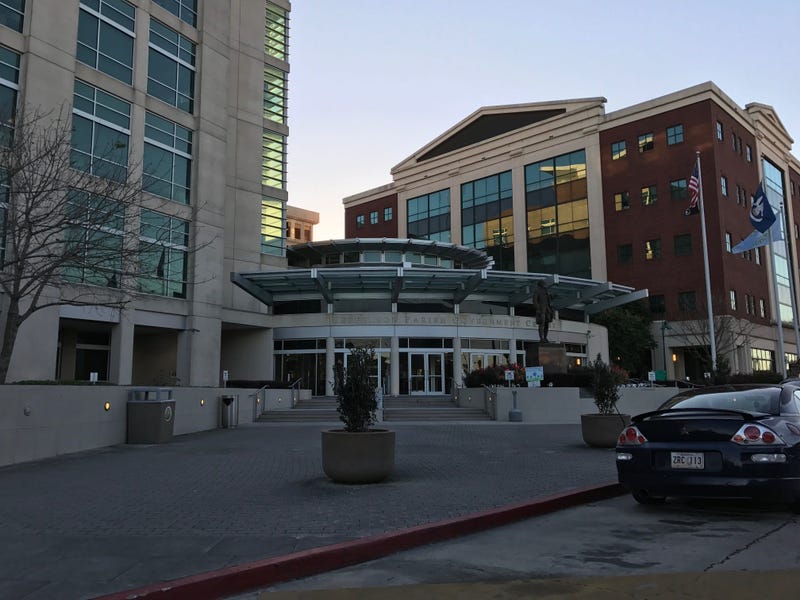 A Jefferson Parish jury found a man guilty today, of brutally stabbing and strangling a woman in her Terrytown apartment.

34-year-old Irwin Gomez-Colon Gomez-Colon was found to be guilty as charged of second-degree murder in the April 22, 2017, death of Nancy Yahaira Gomez Rodriguez, 33, a native of the Dominican Republic.  Gomez-Colon and Rodriguez knew each other and lived in neighboring apartment complexes, according to trial evidence.

According to evidence presented at trial this week, Rodriguez was stabbed 24 times in her back and strangled in her apartment in the 2100 block of Empire Place. The Jefferson Parish Sheriff’s Office, which investigated the crime, found her bloody fingerprint on the apartment entry door, indicating she tried to escape as Gomez-Colon stabbed her.

Gomez-Colon was arrested two days after he killed Rodriguez, after he was linked to the crime through his DNA, which was recovered from a used condom that deputies found in her blood on the floor next to her body, according to trial evidence.

On Rodriguez’s kitchen countertop at the sink, deputies found his blood and evidence suggesting he attempted to clean up after killing her. He suffered two stab wounds on his right shoulder and a laceration on the palm of his right hand that is indicative of a slippage wound, caused when his hand slid down the blade as he stabbed the victim.

The jury also heard that Gomez-Colon had been arrested but never prosecuted for the alleged rapes of three other women, in Houston, Texas, in April 2014; in New Orleans in April 2015 and Jacksonville, Fla., in April 2016.  Each of those women testified this week about how Gomez-Colon strangled them during the act, showing similarities to what happened to Rodriguez.

The jury deliberated about an hour before returning with its unanimous verdict. Judge Frank Brindisi of the 24th Judicial District Court is scheduled to sentence Gomez-Colon to life in prison with no probation, parole or suspension of sentence on Jan. 6.