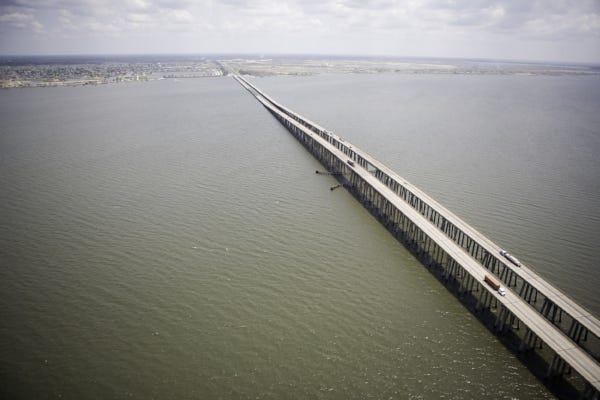 What began as a rear-ender between a pickup and a Mercedes on the I-10 from Slidell on the Twin Spans evolved in a strange freak accident where a man went over the side and disappeared.

It happened late Thursday night on the twin span near mile marker 259.

State Troopers say Louis Picolo was eastbound on Interstate 10 in a Chevrolet Cruz when he rear ended a Dodge Pickup stopped due to a prior crash with a Mercedes.

All of the occupants of the Dodge and Mercedes were standing on the shoulder of the Interstate 10 Bridge at the time of the impact.

The driver of the pickup fell over the side rail of I-10 into Lake Pontchartrain as a result of the impact.

The St. Tammany Sherriff’s Office Marine Division as well as the U.S. Coast Guard conducted a search of the area for the driver.

The body of 66-year-old Thomas Melchionne of Slidell was located later Friday.

State Troopers obtained a blood sample to test whether Picolo was impaired at the time of the crash.