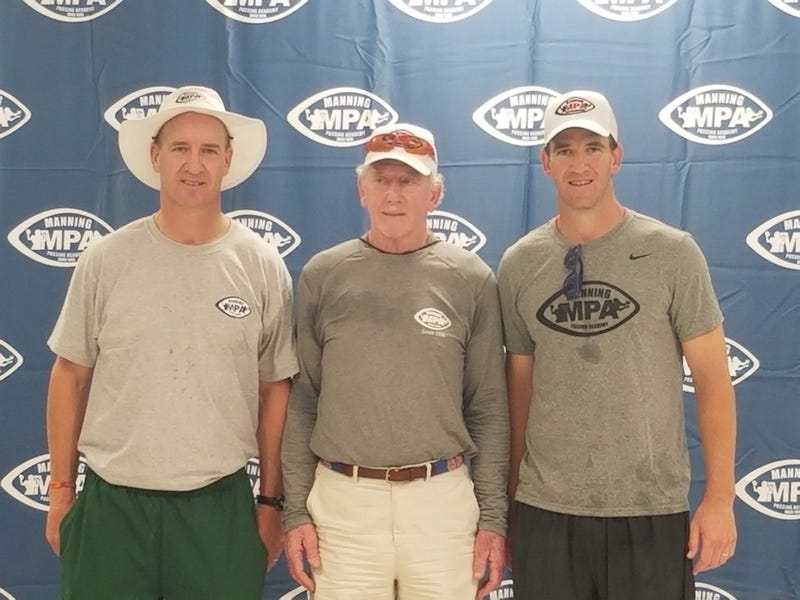 The Manning Passing Academy scheduled for next month in Thibodaux has been canceled due to the COVID-19 crisis. College and pro football analyst Mike Detillier says it was a difficult call for the Manning family, but it was the right decision.

“To house everybody together in that type of setting, you can see that this was going to happen, so it’s a big loss for the young men who have enjoyed coming down,” said Detillier.

The Manning Passing Academy attracts over 1,200 campers and over 200 coaches, trainers, and support staff. Detillier says the Louisiana Line Camp held at Nicholls State has also been canceled for this year.

“It’s a 2.2 million dollar economic impact when you add up the Louisiana Line Camp and the Manning Passing Academy at Nicholls State, so it’s a big loss,” said Detillier.

This year’s Manning Passing Camp scheduled for the last weekend in June was set to celebrate its 25th anniversary. The Manning family says they will be back next year.

Detillier says most of the starting quarterbacks in the NFL have attended as a camper or a counselor and the camp is not just for QBs.

“We’ve had a lot of the receivers down here, Odell Beckham Junior, Jarvis Landry, and Cooper Kupp those guys all playing in the NFL today have all been here,”said Detillier.

“Archie Manning has been a great friend to Nicholls State University, the City of Thibodaux and Lafourche Parish. The Manning Passing Academy is the highlight of our summer season and presents us with an unparalleled opportunity to showcase our campus, our community and our culture.  We look forward to it each year with great anticipation. Archie and his team kept us apprised of internal MPA discussions and conversations with state leaders. As a result of those discussions, Archie made the correct audible for the health and wellness of the campers, the coaches, the college athletes who attend and the large community. We fully support him and look forward with great anticipation to the 25th MPA in 2021.”